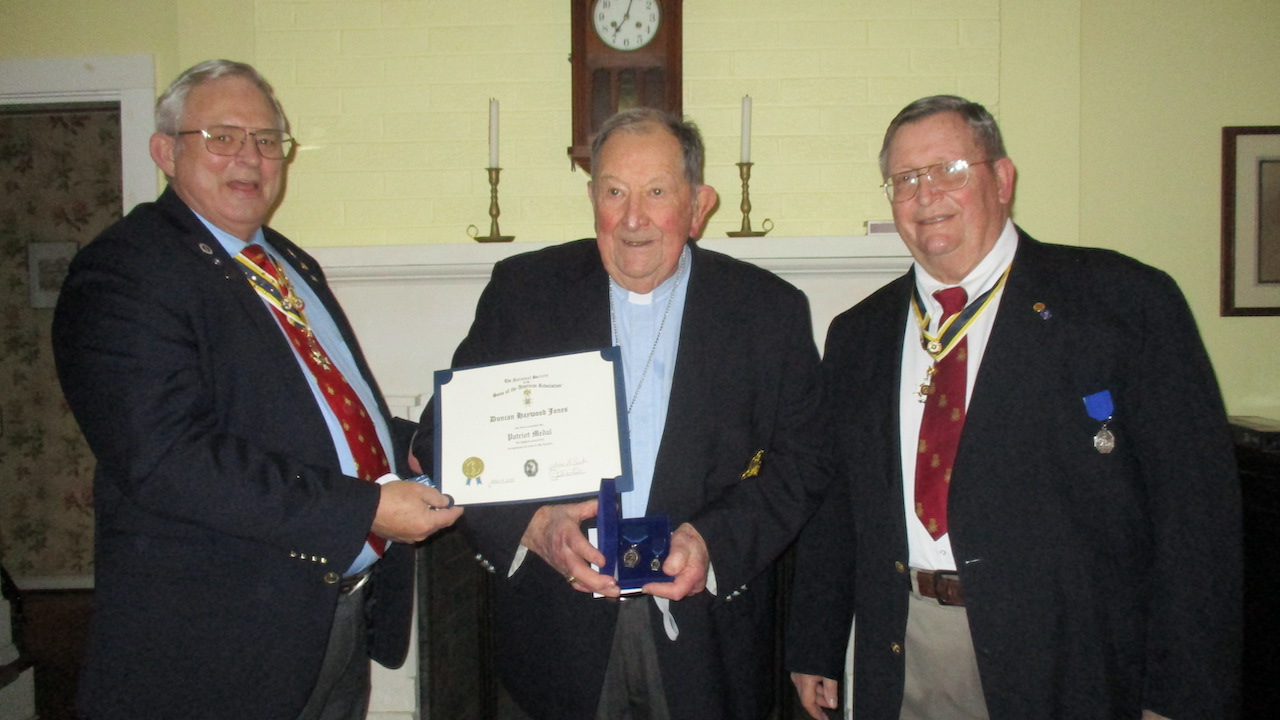 The Patriot Medal is the highest award presented to a compatriot by a state society and recognizes long, faithful, outstanding, and distinguished service at the state and chapter level.

It is awarded only by a state society and may be presented only to an individual. It is desirable that it be presented at the annual meeting of the state society, but due to the current pandemic that was not possible.

Jones joined the SAR in 1996 as an at-large member before joining the newly formed Halifax Resolves Chapter in 2006. He has been the chapter chaplain since that time.

His dedication and service to the chapter and state society is illustrated, but not limited to the following: Continuous service as chapter chaplain for over 15 years; assisted the National Chaplain-General/NC SAR chaplain at the April 12 Halifax Resolves ceremonies; presided over numerous April 12 Halifax Resolves ceremonies; presided over an annual NC SAR meeting; fulfilled chaplain duties at multiple patriot and compatriot grave markings as well as flag retirements; serves as a member of the Chapter Board of Managers since 2006.

He has represented the chapter at numerous Memorial Day, Veterans Day and Wreaths Across America ceremonies. “Reverend Jones has provided wise counsel and spiritual guidance to the members of the chapter and is greatly appreciated by all,” the chapter said.