Chief Bobby Martin reported on Tuesday shortly before 11:45 p.m. Officer J. Melvin attempted to stop a vehicle in the area of Highway 158 and Virginia Avenue for lighting issues.

The driver initially stopped but as soon as the officer started to exit his patrol vehicle the driver sped away from him.

The driver led the officer on a short chase, failing to heed the patrol car’s lights and siren. The driver also reportedly ran stop signs. 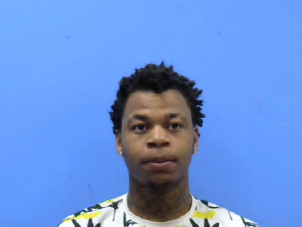 At Thirteenth and Jefferson streets, the driver, identified as Detrick Williams, 19, of Roanoke Rapids, stopped, got out of the vehicle and ran.

A juvenile passenger stayed in the vehicle.

Officers received a call about someone knocking on a backdoor in the area.

Officers located Williams in the 100 block of Jefferson Street and brought him before a magistrate.

He was charged with flee to elude arrest; resist, delay, obstruct; two counts of fail to stop for a stop sign; and possession of marijuana paraphernalia.

The passenger was not charged.

After a search of the vehicle, Deloatch located a handgun and seven bindles of heroin.

Joyner was arrested and charged with driving while license revoked, carrying a concealed handgun, and possession with intent to sell and deliver heroin.

He received a $1,000 unsecured bond and a February 4 court date.

Sheriff Jack Smith said the sheriff’s office will continue to pursue individuals who violate drug offenses. “I would like to commend Deputy M. Deloatch for the great job in the proactive efforts in patrol. We at the Northampton County Sheriff's Office are committed to removing all illegal drugs from our communities in hopes that it will not get to our children.”