Captain Anzell Harris of the Halifax County Sheriff’s Office has received an appointment as a federal task force officer through the United States Department of Homeland Security and will be assigned to the United States Immigration and Customs Enforcement, according to Sheriff Wes Tripp. 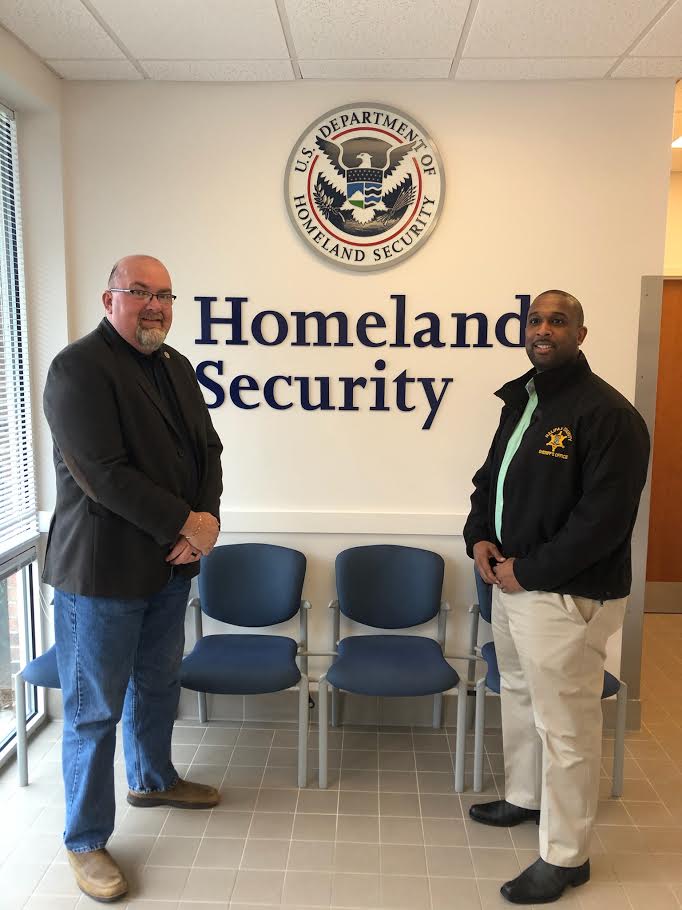 Tripp said in a statement Harris' duties will not include those matters associated with immigration. “He will continue to maintain his responsibilities in leading our narcotics division. The new assignment will allow him federal jurisdiction in assisting other law enforcement agencies in our area and beyond with drug investigations.”

Tripp this morning said of Harris, “He’s a deputy sheriff’s deputy sheriff and he has the utmost work ethic bar none. He takes what he does seriously.”

Tripp said the captain’s acumen will help other agencies. “He is a master at his craft. He can definitely bring that to assist other agencies. Halifax County will benefit with his service as federal task force officer.”

In 2005, Harris came to work with the sheriff's office under the Jeff Fraizer administration as a uniform deputy. He was promoted to corporal and later as lieutenant of narcotics.

“Anzell shares our compassion of serving the citizens of Halifax County,” Tripp said in the statement. “He's dedicated to a zero tolerance when it comes to those pushing and dealing illegal drugs. His hard work does not go unnoticed. Thank you, Anzell.”