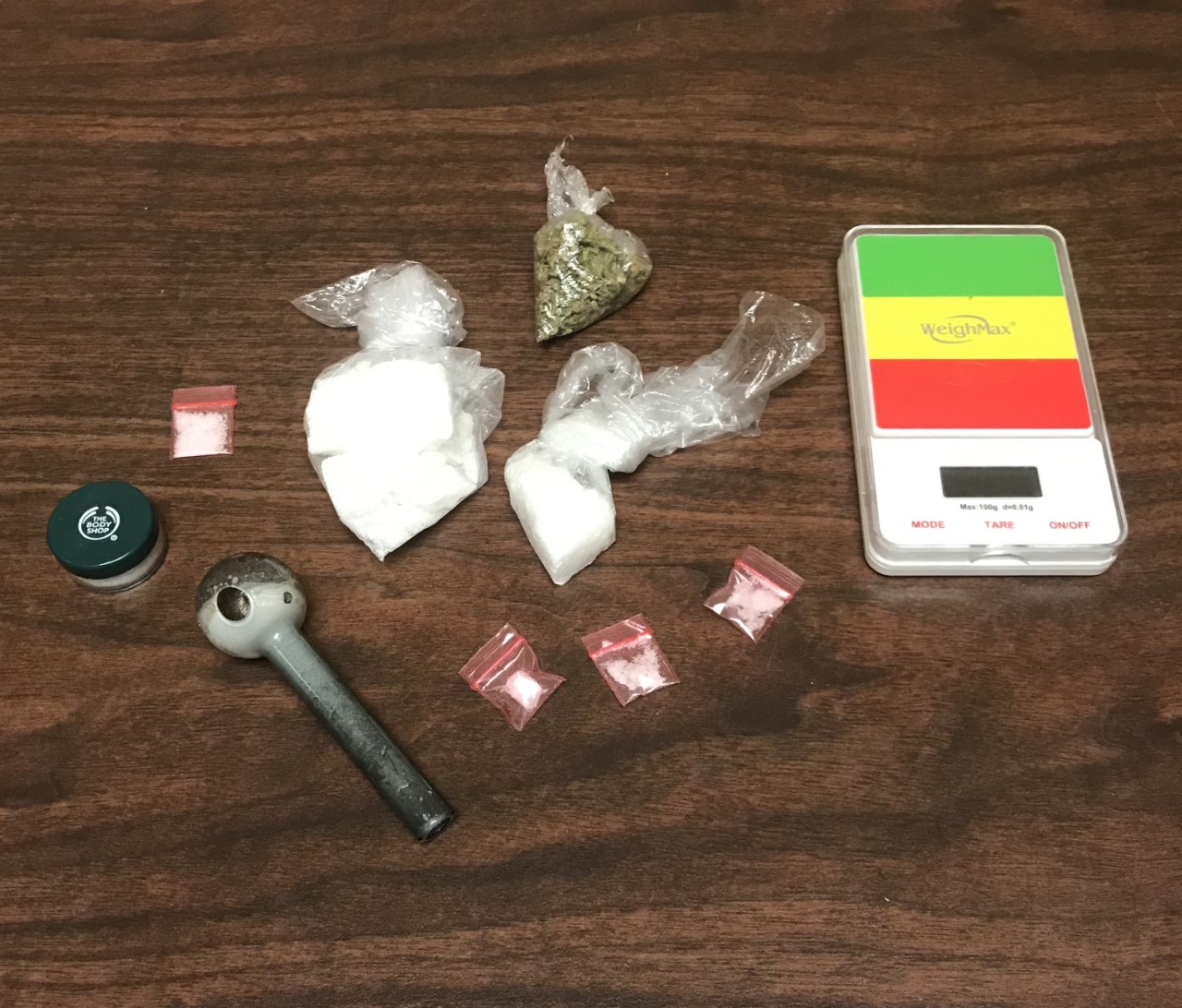 A man whose state parole status was set to end on October 21 was charged with meth trafficking counts Monday and friends he was visiting in Roanoke Rapids face possession with intent to sell counts after a search warrant was served at a residence in the 1000 block of Washington Street in Roanoke Rapids Monday evening.

Edward Nelson, 42, of Raleigh, was charged Monday evening with trafficking methamphetamine, possession with intent to sell and deliver methamphetamine and possession of less than one-half ounce of marijuana, Captain A.M. Harris of the Halifax County Sheriff’s Office said in a statement.

Approximately 37 grams of methamphetamine along with marijuana, suboxone strips and drug paraphernalia were seized around 8 p.m.

Harris said this afternoon Nelson had been visiting Darian Peebles and Sara Webb for the past week and within that time Agent C.A. Parker received information of drug activity at the residence and applied for a search based on his investigation.

Harris said Nelson is suspected of being a Blood gang member.

North Carolina Department of Public Safety records show Nelson is currently on parole after serving four years and three months for trafficking schedule II. His parole was set to expire on October 21.

In the gallery, from left: Nelson, Peebles, the seizure and Webb

In May of 2015, federal court records show Nelson was found in violation of his supervised release and given an 11-month sentence at the Federal Correctional Institution in Butner after that privilege was revoked.

In 2013 Nelson had been transferred to the Eastern District of North Carolina from the District of the Virgin Islands.

Upon an earlier plea of guilty to two federal weapons counts he had been sentenced to 36 months of custody followed by 36 months of supervised release.

Peebles,39, faces charges of possession with intent to sell and deliver schedule III and maintaining a dwelling for a controlled substance.

Webb, 32, faces charges of possession of methamphetamine, possession of drug paraphernalia and maintaining a dwelling for a controlled substance.

Citizens are encouraged to report possible drug activity by calling the Halifax County Sheriff's Office Narcotics Division at 252-535-1257; Halifax County Crimestoppers at 252-583-4444; or by downloading the P3 Tips app.