Man in I-95 chase to have initial fed hearings Tuesday

A South Carolina man charged in an Interstate 95 shooting spree Saturday will have preliminary and detention hearings Tuesday in Raleigh, according to federal court records. 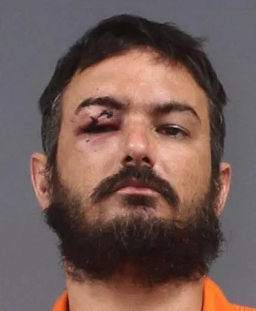 On Thursday Franklin Joseph Dangerfield appeared before Magistrate Judge James E. Gates after his arrest that day on a charge of possessing an unregistered short-barrel shotgun, a count which was lodged by the Bureau of Alcohol Tobacco Firearms and Explosives.

The 33-year-old man also faces numerous charges in North Carolina related to the chase and shooting spree which began on the interstate near the South Carolina line and ended in Emporia.

For the federal charge he faces a maximum penalty of 120 months if convicted.

After being advised of his rights, charges and maximum punishments Gates remanded him to the custody of United States Marshals, court records show.

The preliminary and detention hearings will be held at 10 a.m. before Magistrate Judge Robert T. Numbers II.

WCSC in South Carolina reported earlier this week Dangerfield set his house in Ladson, South Carolina on fire before leading authorities on the high-speed chase.

According to the ATF complaint, on Saturday at approximately 6:45 p.m., deputies with the Nash County Sheriff’s Office responded to southern Nash County after receiving calls of a male shooting at vehicles along I-95 from a black pickup.

Deputies located the truck traveling at high speeds north on I-95, and pursued the driver through four counties, before crossing the North Carolina-Virginia state line.

The driver of the pickup truck exceeded speeds in excess of 100 miles per hour before crashing at mile marker 11 in Emporia at approximately 7:30 p.m.

Virginia State Police observed Dangerfield, the sole occupant of the vehicle, in the driver’s seat and a loaded Savage Arms Springfield 67H 12-gauge shotgun in plain view on the front passenger seat.

The shotgun had a sawed-off barrel and was not registered with the National Firearms Registration and Transfer Record, in violation of federal law. Officers also recovered shotgun shells and a hacksaw from the truck.

The injuries in Nash County along I-95 include one person shot in the shoulder and another punctured in the face by shattered glass.

The gunshot victim was airlifted to Greenville.

The Charleston Post & Courier reported in May of 2017 Dangerfield faced numerous counts after he attempted to carjack three vehicles and then tried to kidnap two teens.

At the time he was charged with grand larceny, first-degree burglary and two counts each of kidnapping and carjacking.