Tripp will not interfere with inside church services

Halifax County Sheriff Wes Tripp is standing with the sheriffs of Craven and Johnston counties and will not interfere or interrupt any religious services which are conducted inside a church. 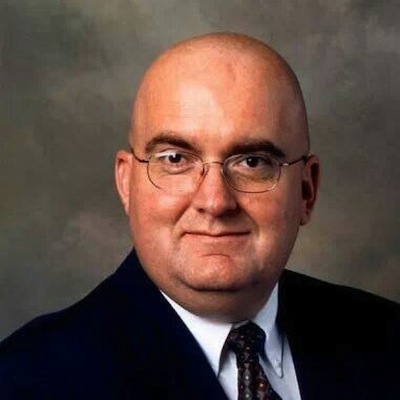 His statement is in line with a resolution sent by the North Carolina Sheriff’s Association to Governor Roy Cooper which asks him to make inside church services allowable under his executive orders.

“I will not stand in the way of the peaceful assembly of Christians of like precious faith,” Tripp said this morning. “The executive orders of the governor have prevented more than 10 people from meeting in a chapel for a worship service, but simultaneously he is allowing 50 people to meet in the same chapel and same pews if the worship service involves a funeral.”

Tripp said, “On a personal level, we can go to big box stores, retail outlets and grocery stores. Those who wish to buy liquor can and those needing planned parenthood clinics have access to them. So why can’t our citizens go to church?”

Tripp does believe the novel coronavirus is real. “It’s not a hoax. I just believe our church attendees will do what is necessary to protect their health and welfare.”

Tripp said he is not sending the governor a letter stating his intentions but he does stand with the resolution sent by the sheriff’s association on May 8. “If I understand it correctly, he left it to local law enforcement to use their discretion.”

Under the executive order any violation is considered a class 2 misdemeanor, Tripp said.

He said he has not contacted any area ministers about his decision but in posting his decision to social media, he said several pastors have liked the post.

In his Facebook post, the sheriff mentions the First Amendment of the United States Constitution. “Congress shall make no law respecting an establishment of religion, or prohibiting the free exercise thereof; or abridging the freedom of speech, or of the press; or the right of the people peaceably to assemble, and to petition the government for a redress of grievances.”

Tripp said deputies have not arrested anyone or issued citations related to the governor’s orders. “If we receive a complaint we would respond and educate the business or individual on the governor’s executive order, but we will not interrupt or interfere with any worship services inside a church.”

The sheriff’s association resolution cites the North Carolina Constitution which says, “All persons have a natural and inalienable right to worship Almighty God according to the dictates of their own consciences, and no human authority  shall,  in  any  case  whatever, control  or  interfere with  the  rights of conscience.”

The resolution also says it believes the restrictions and recommended guidelines that apply to persons who gather to worship should be no more stringent than those that apply to businesses that are allowed to remain open.

Says the document, “Many citizens have told sheriffs that  they do not understand nor agree with the governor's limits on worship services that are more restrictive than the governor's limits on businesses and other allowable activities, and the wording of these more restrictive limitations creates interpretation and enforcement issues for law enforcement.”

Therefore, the resolution says, “The North Carolina Sheriff’s' Association respectfully requests that Governor Roy A. Cooper amend Executive Order No. 138 to provide that indoor worship services are not prohibited by Executive Order No. 138 if they adhere to similar requirements that allow for the operation of retail businesses.”