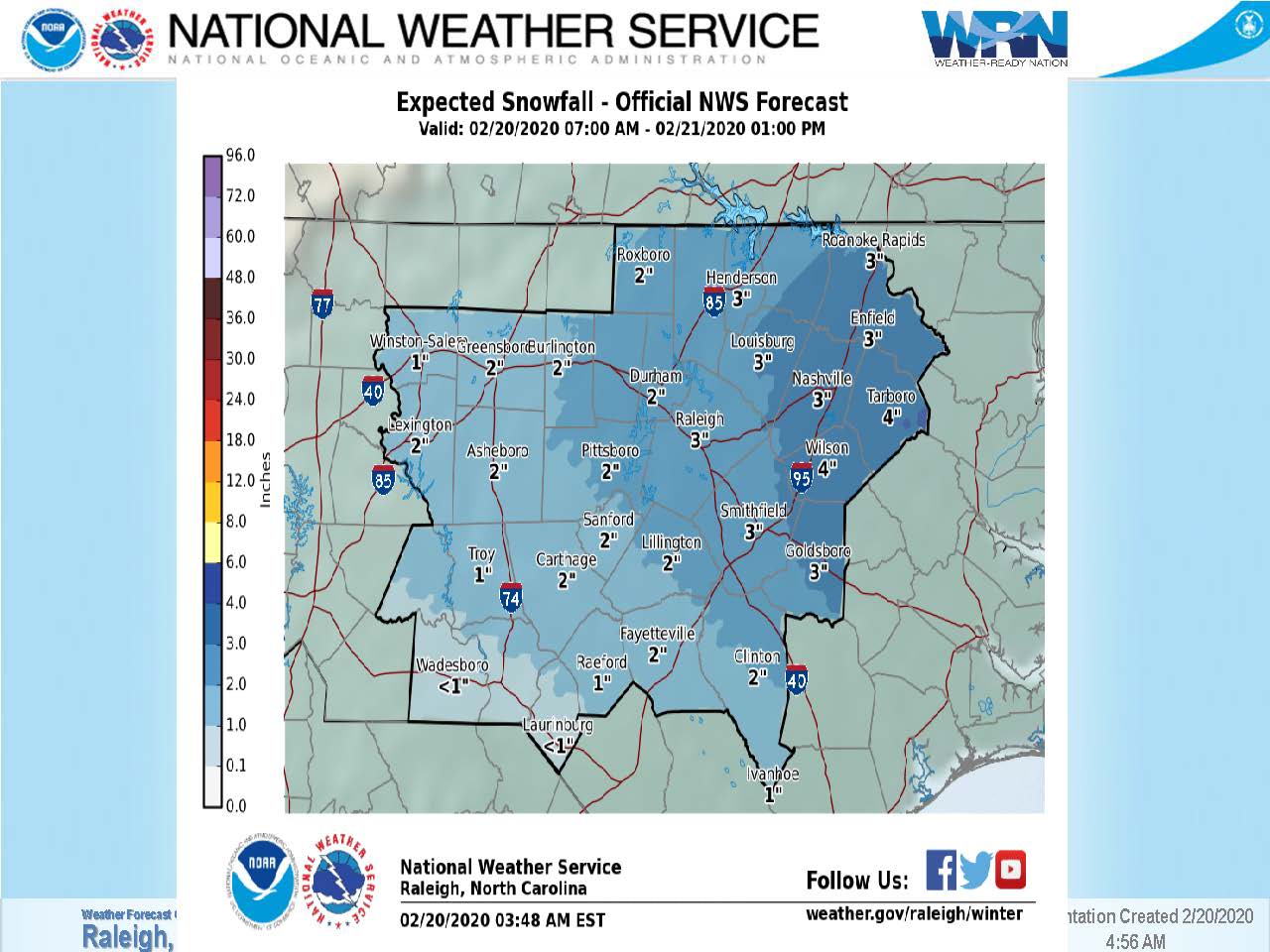 The National Weather Service has issued a winter storm warning which includes the Roanoke Rapids and surrounding areas.

Several area schools have announced early releases ahead of the pending weather.

The NWS in its 4:30 briefing this morning is predicting the heaviest snow is expected along and north of the Highway 64 corridor from the Triangle region eastward where 2 to 4 inches of snow is expected. Localized higher amounts are possible. Due to abnormally warm ground temperatures, it will take some time for snow to begin accumulating, the NWS said.

Along with the possibility of snow, sustained winds of 10 to 15 miles per hour are expected with gusts up to 30 miles per hour. The strongest winds are expected east of Interstate 95 and should sweep in late this afternoon through tonight.

The NWS says snow amounts in the Northern Coastal Plain could be between 3 to 5 inches.

Expected snowfall in the Roanoke Rapids area is 3 inches, according to the latest briefing.

The timing of the storm is expected around noon when the NWS predicts rain will move in from the southwest and change to snow along and north of Interstate 85.

This afternoon it is expected snow will begin accumulating north of the Highway 64 corridor while this evening and tonight snow, possibly moderate to heavy, will continue, making travel hazardous, especially across the Northern Coastal Plain.

By the weekend there will be rapidly improving conditions and quick snow melt with temperatures rising into the 50s both days under mostly sunny skies.