Man charged with assault on juvenile

An investigation which included consultation with the district attorney’s office has resulted in an assault charge against a school employee. 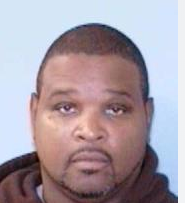 Chief Deputy Scott Hall of the Halifax County Sheriff’s Office said investigation by Detective S.A. Bryant led to a charge of assault on a juvenile under 12 against Braxton Earl Peterson, 52, of Oak City.

The sheriff’s office received the report November 28 of last year. The complaint was on the assault of a child at Everetts Elementary School, Hall said in a statement.

Hall said before charges were filed the sheriff’s office and investigating detective consulted with the district attorney’s office.

Hall said Peterson was a school employee but not a teacher.

The report alleges the child was assaulted with an item. Hall declined comment on what the item was but said the child was not injured.