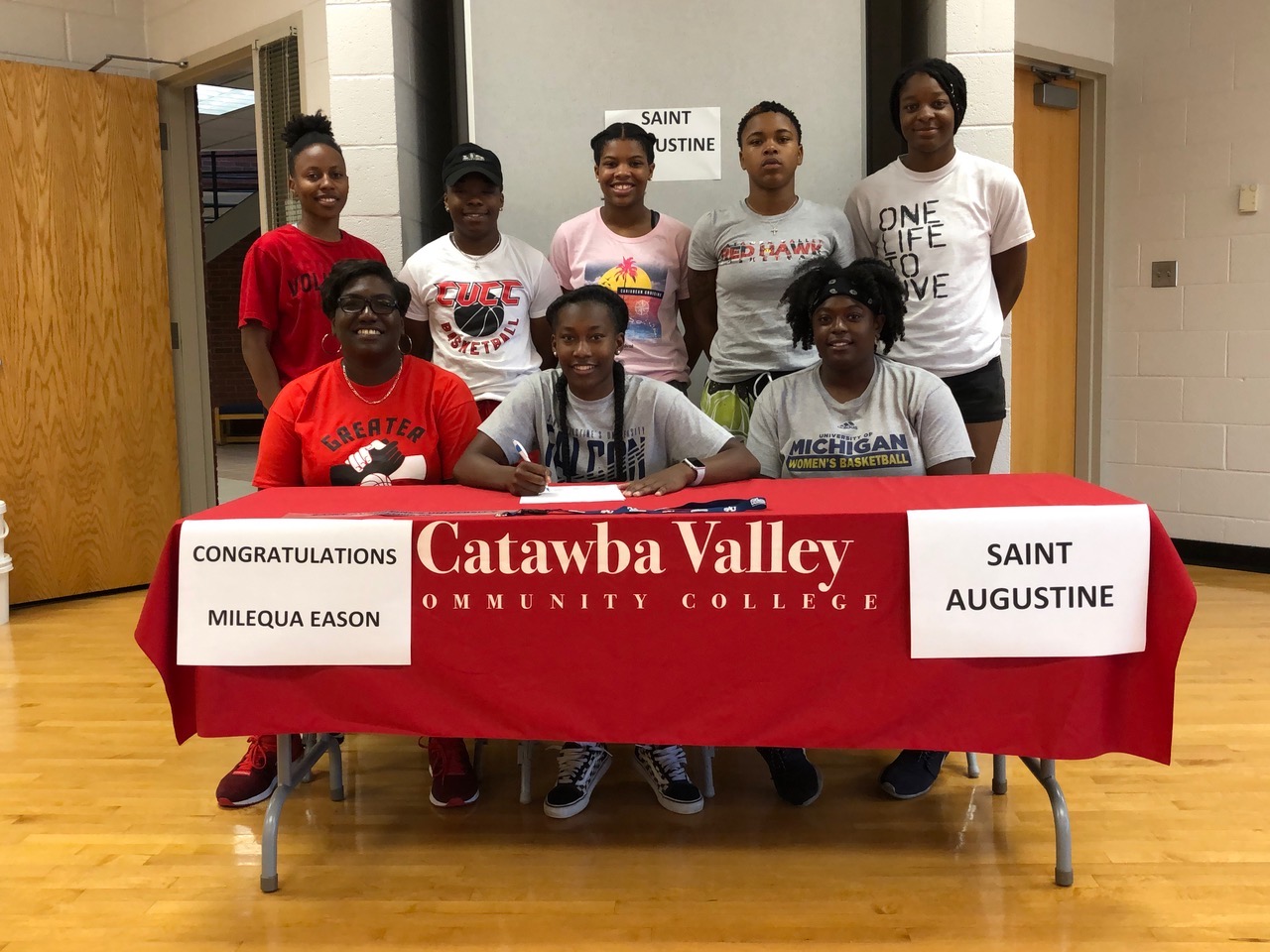 For the 24th time in program history, Catawba Valley Community College women’s basketball team has sent a student athlete on to the four-year level.

“It’s a really good feeling,” Eason said of signing. “Putting in all the hard work, getting up at 5 o’clock and doing all of the strength and conditioning and all of the classes — it just feels like all of my hard work has paid off.”

Eason averaged 7.2 points, 3.4 rebounds and 3.5 assists this past winter for the Red Hawks, helping lead the team to a 24-6 overall record and 17-3 mark in Region 10 play. Catawba Valley also won its second-ever Region 10 regular-season championship in program history.

Best known for her tenacious defense, Eason led the Red Hawks this past winter in steals (77) and steals per game (2.6), and she finished second on the squad in total blocks (17) and blocks per game (0.6).

“She’s probably the second-best defensive player I’ve ever coached since I’ve been here at CVCC,” said Red Hawks women’s basketball head coach Tisha England. “She’s quick and can move her feet. She came in and did what she needed to do academic and athletic wise.”

A standout in the classroom as well, Eason was named a member of the Region 10 All-Academic team and was also named a third-team NJCAA All-Academic Student-Athlete.

Eason was also a part of a CVCC women’s basketball team that was named a 2018-19 NJCAA Academic Team for carrying a team-wide GPA of 3.0 or better — only one of 82 teams in the country to earn that distinction.

“Coming to CVCC was the best decision I feel like I ever made,” Eason said. “It was great. Being under coach England helped me mature and grow. She taught me that it’s more than basketball. It’s about life and you as a person. That made me want to play hard for her and go harder for myself.”

Eason is the third member of the 2018-19 Red Hawks to sign with a four-year institution, joining forward Sherry Johnson and guard Danielle Rainey, who both signed with the University of Mount Olive earlier this summer.