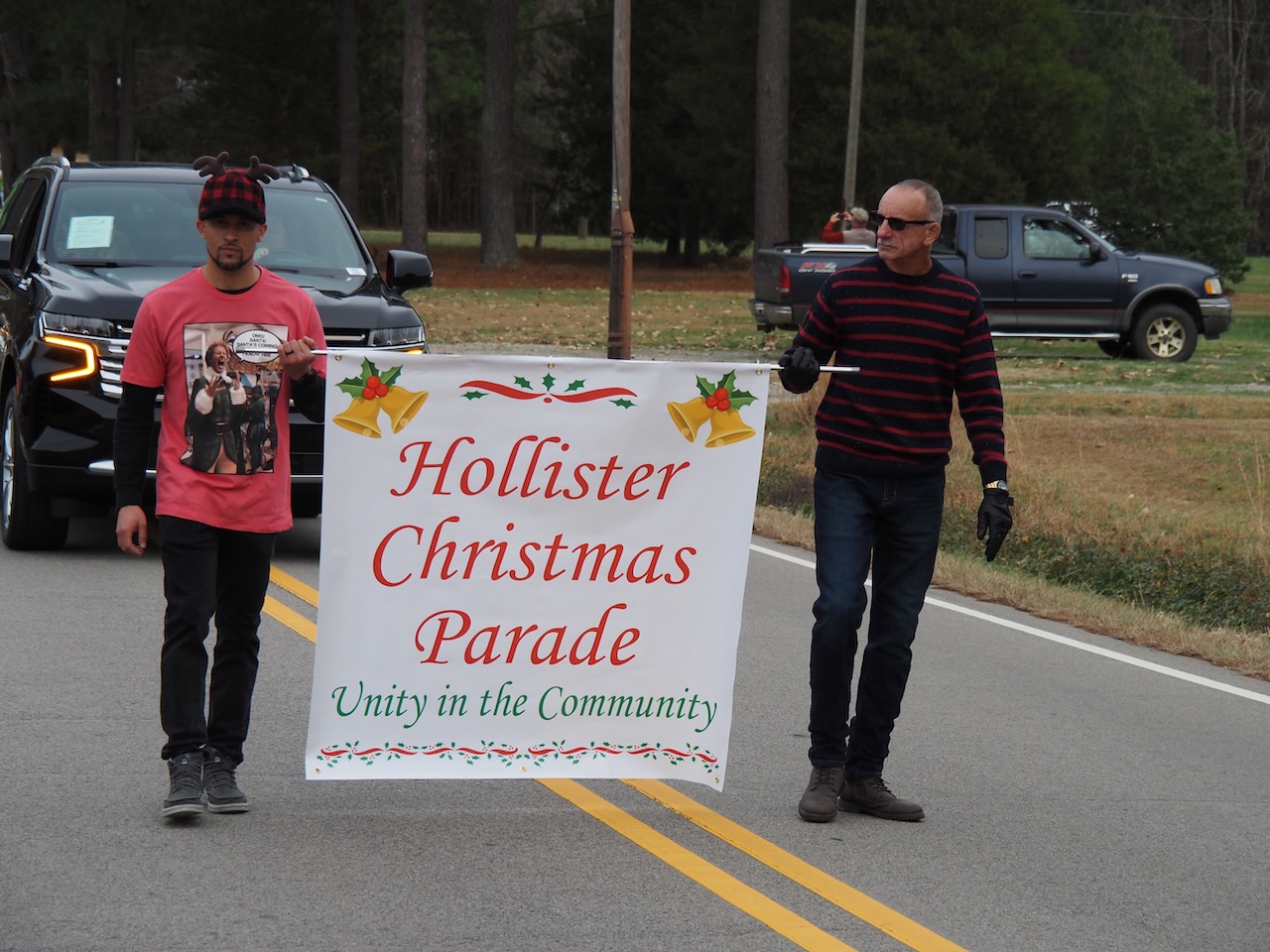 Thanks to those keeping community spirit alive

From Thanksgiving weekend to the 12 days that have made up December thus far, I have witnessed the spirit of Christmas and more importantly — the spirit of community.

That’s from Halifax to Hollister and Roanoke Rapids to a place just outside our coverage area — Southampton County, Virginia.

What’s important to note about the spirit of community is it outlasts the wrapping paper, the trees and the decorations which go into storage or the attic soon after the holidays are over.

And it’s that community spirit which makes the holidays more enjoyable.

In our county seat of Halifax, the town has made many strides and more are in store as the state and possibly the nation turn its eyes toward the place where our country’s independence was born when the celebration of our nation’s 250th anniversary comes around.

The revitalization that has occurred in Halifax has not been done haphazardly. It has been planned through a progressive board, progressive investors and those with a heart to see this historic community thrive.

In a word — it’s all about community spirit.

I don’t get to Hollister as much as I should.

I was glad I went Sunday — not only for its historic first Christmas parade and tree-lighting ceremony — but because of the warm welcome I received there.

The smiles Sunday were abundant in a community which, as one person shared from our Facebook page, gets its share of knocks.

I look forward to the next parade with as much enthusiasm as I did Sunday.

The Christmas tree-lighting held afterward was personal to me.

In this gallery: The author and Lynch-Jones

It was sponsored by my medical provider — Sharon Lynch-Jones.

Through this journey of being as I like to say a recovering diabetic, she has been there for me, has seen me in near-tears when I discussed with her what had brought me to Rural Health Group in the first place.

And this all started when I was in the hospital nearly four years ago and was asked by the attending physician who my primary care provider was. I didn’t have one and since Rural Health Group is an advertiser I just said I’ll go there. It was one of the wisest decisions I’ve ever made.

She has shared notes of encouragement to me on my reports and makes me believe I can continue this fight to keep myself off insulin and live a better and healthier life.

Sharon Lynch-Jones, a Hollister native, is one of the people who has made me see what I’m missing for not visiting this area — an area that holds a promising future, one full of wonderful people and one that has its own written history.

Roanoke Rapids, while still stuck in the quagmire that has become this worrisome theater, is a prime example of still having a noble community spirit.

Throughout the debacle its leaders are trying to look forward. The loss of the textile mills took our breath away years ago but there are those who are still trying to provide us with a better quality of life.

The past two Christmas on the Avenue events have shown me what this city can be — a city where people are walking from one end of the avenue and back and one where its leaders and those with that community spirit are trying to free us from the burden of the theater and the burden of the loss of the mills.

One way or another, the theater issue will be resolved. While the noises from the mill may never be heard like they once were, I believe, and in some instances know on background, there are things in the works.

One thing is for certain — we live and work in a community that when someone is in need we will help them — like I was helped with a fundraiser nearly four years ago.

Southampton County, Virginia and the city of Franklin was where I first cut my teeth in the journalism world.

The pay was lousy, we had $10 thrown in our paychecks for mileage, but the experience I gained from a grizzled veteran at The Tidewater News and a couple of reporters at the Newport News Daily Press made all the difference and I am forever grateful.

While we didn’t make it to Franklin on our trip to Courtland for The Polar Express Nostalgic Christmas event at the Southampton County Agriculture and History Museum, it was a trip that reminded me of those rookie days.

It was a surprise for my friend’s son. Avid is not the word for his love of all things trains. It is a passion he wants to turn into a career.

In this gallery: Scenes from The Polar Express Nostalgic Christmas

Inside that museum were several model trains running through mountain villages, through a town where the house next to the Piggly-Wiggly was on fire and even a representation of the Ocean View Amusement Park in Virginia Beach.

It was just another way that community spirit shines through even in smaller towns and cities and it was the event which got me in the Christmas spirit.

What all of this says to me is we shouldn’t hide our community spirit for the holiday season — that perhaps we should let it shine all year-round and in most cases we do. It seems we just hear about more at this time of the year.

I’m not big on resolutions for the upcoming year but I hope to go into 2023 with a less jaded view and hope to gain more of an appreciation for this community spirit which has been so visible at this time of year.

It should be stated that these are just recent examples of what I have observed and that an exhaustive list would take up too many words and too many bytes.

I won’t say merry Christmas right now because I’m not sure whether the ghosts of Christmas journalists past, present, and future will spur me into writing The Christmas Column, so I’ll just close by saying thank you to those who are trying to make our communities better and keeping that community spirit alive — Lance Martin