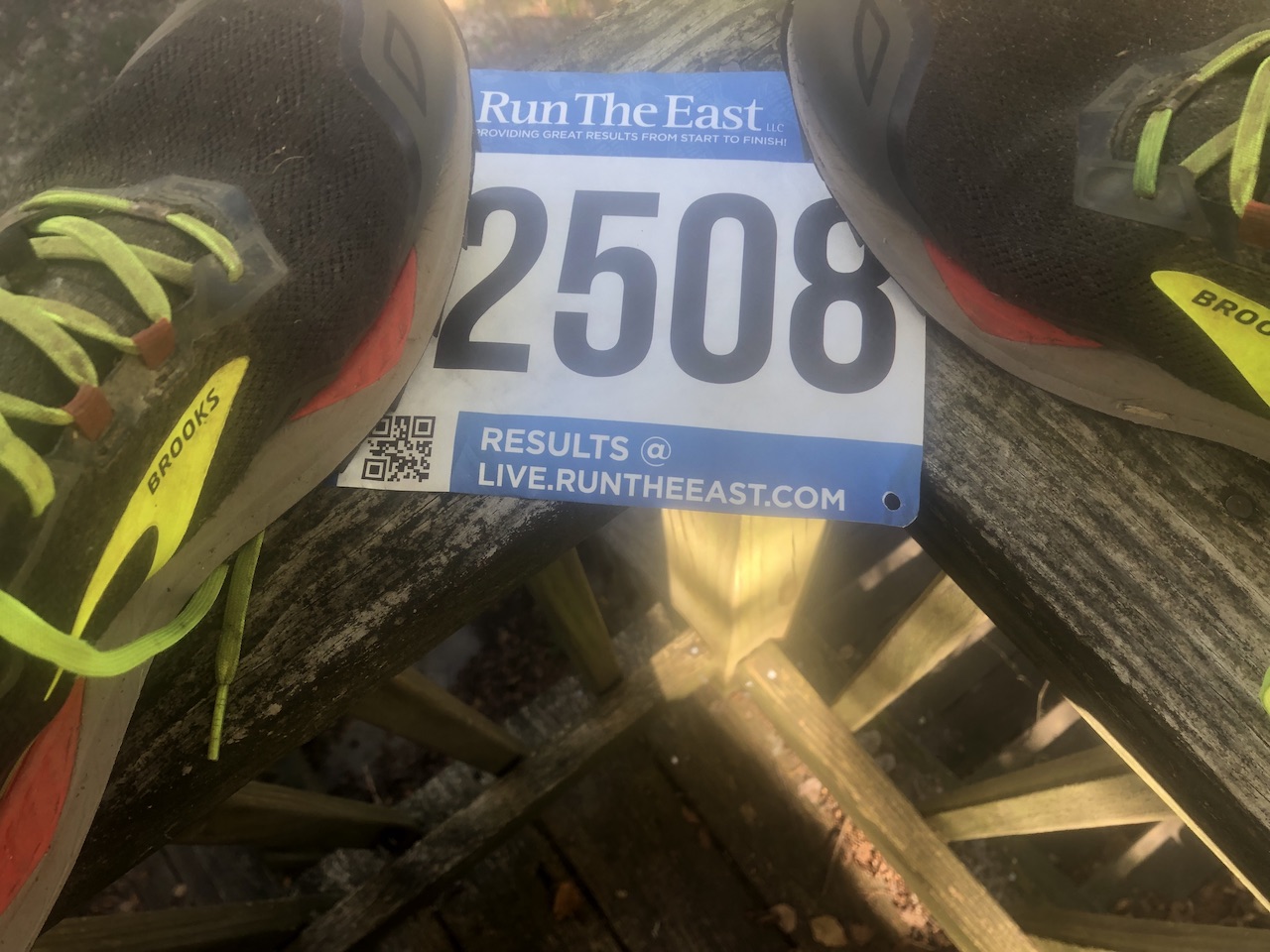 Two-plus years a diabetic: The race

I expected my just over 3-mile jaunt on the Roanoke Canal Trail Saturday to be one where my mind rolled through the past 2 ½ years of my life and how I came to be standing at the start line with others.

It wasn’t. It became a matter of keeping up and I abysmally failed in the mechanical aspects of the 5K race.

The proof of my lifestyle change over these years came near the end as words of encouragement were shouted to me as I approached the finish line and one friend came to check on me soon after I made it up the roughly 100-foot climb that leads to the dam — in my estimation and the estimation of others the toughest part of the trail.

And when I awoke Sunday morning to go to the trail to do it all again I saw this text message: “Forgot to say: Good job today. You should be proud. You’ve come so far.”

My goal had been to run at my own pace — to race the diabetes which over two days in March of 2019 consumed me and sent me to the hospital for a week.

Many of you already know the story. It was my promise after I got out of the hospital not to go there again.

After the surgical scars from not one, but two surgeries for a perirectal abscess healed, I began walking and then over the course of the walks one morning I said to myself let’s see how a run feels.

It didn’t feel bad so I did — starting out five days a week and then when I understood there was a strong chance I could get off both diabetic medications — Metformin and insulin — I dove into a seven-day regimen and haven’t looked back.

I have missed only two days when, during the Labor Day weekend, I took a bad tumble after getting up that devil of a hill — suffering a mild knee sprain and shoulder sprain from trying to absorb the impact of my fall with my right hand.

I started walking again for a couple of mornings to get the stiffness out, my watch driving me crazy because I wasn’t closing those rings.

After a knee brace, Icy Hot, and Voltaren, it began to feel better and I started back running, still at a lumbering pace but the morning run has become such a ritual I feel bad if I can’t do it immediately or have to delay it because of weather.

No, what happened Saturday was not how I expected the 5K portion of the Roanoke Canal Trail Half Marathon to go.

I thought there would be introspection during the race but when the command to go was given I was left in the dust and all thoughts of column fodder were left blowing in the wind.

Surprisingly, in my initial daze after a couple of walkers passed me, I managed to shave two minutes off my usual time.

In talking to runners afterward, some younger than me, some older than me, that’s what happens, you feel an urge to try to keep up and not to dwell on the warm and fuzzy words you planned to write when it’s over.

Those flashbacks to March 23 and 24 of 2019 never came as I ran. The sheer terror of not being able to get up after waking up on the floor and crawling around to find some vantage point to get up never came.

Instead, the same survival instinct I found when my toes and elbows became scarred and bloody and the helplessness when you eliminate while in your most desperate hours kicked in during that 5K and I just ran.

The past couple of decades of eating garbage and not doing what I did Saturday and what I do every day to correct the gluttony of the past faded and I just wanted to finish what I started when I got out of the hospital.

Saturday’s race came two days after the 2 ½-year anniversary of what I went through and while that memory will always haunt me I won’t let it define me.

And now I do have a nice little trophy that I can look at which says, despite my slowness, I finished third in my age division and I will keep the bib that has my race number and timing chip.

But I think what’s most important in all this was the fact I finished and the fact that so many who participated Saturday encouraged me during the race and afterward.

Many will wonder why I buried the lead about the trophy and the truth is I never thought I would get one.