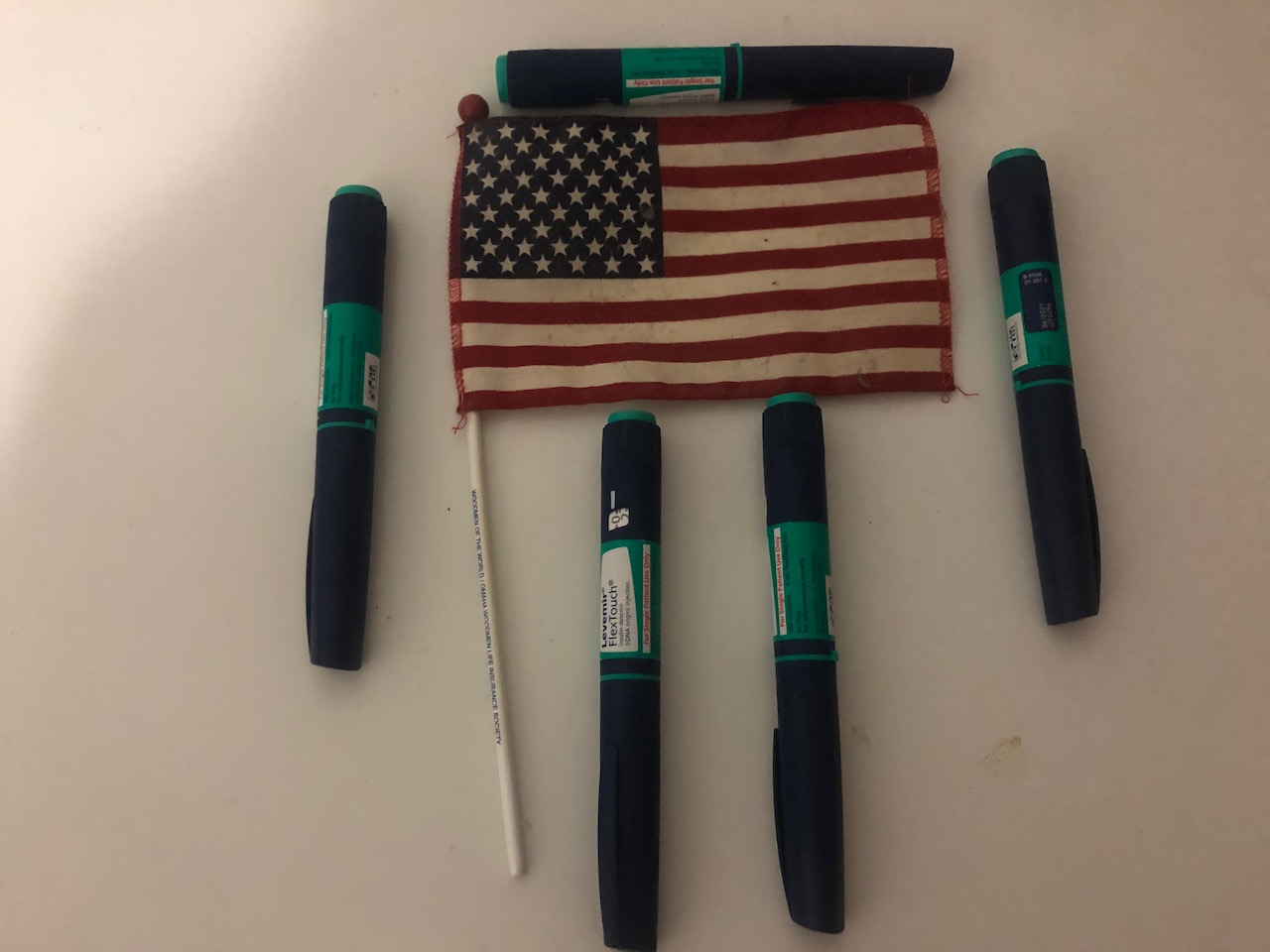 15 months a diabetic: An Independence Day from insulin

Sunday I somehow managed to choke back tears.

Sunday, as I said on my Facebook page, was my Independence Day — one year since I gave myself my last insulin shot.

Why the tears didn’t flow is something I don’t understand.

Perhaps it’s because I know for now my type 2 diabetes is well-managed. Perhaps it’s because I have finally reconciled the events of March 23 and 24 of last year were something that needed to happen to me — a bacterial infection that put me on the floor for untold hours and then a week’s stay in the hospital.

Otherwise I was destined for an early grave, felt like during that time on the floor I could be done for, and wondered what it was that left me in this condition.

I already knew what left me in that condition. It was simple denial there was a problem, foolishness that I could self-medicate the constant urination and pure stupidity I could eat like I did in my 20s when I was running up to nearly 5 miles a day to burn the garbage off.

A photo came up on my Facebook memories a week or so ago and shocked me.

It was from 10 years ago and just looking at the me then and the me now made me shake my head in disgust.

As I lay in bed Monday night a thought hit me that made me realize it was all denial.

Probably around or near the same time of that 2010 photo, I had covered a health fair at Ledgerwood. I decided to let a public health nurse stick my finger. I don’t remember the exact count but the nurse said my blood sugar was high.

I nodded my head and walked away to continue covering the event and soon I tucked that bit of health information away into the forgotten files of my brain.

I wish I hadn’t but I did — stubbornness, foolishness and arrogance on my part.

In the gallery: The 2010 photo; one taken in June; a selfie after finishing the #rrstrong virtual 5k; and the insulin pen arrangement

Many are probably tired of hearing about this journey but I vowed while in the hospital to find ways to reach out to others so they won’t go down the road I went, a man lying helpless on the floor thinking this would be the end.

I haven’t found the perfect vehicle for my message, perhaps there’s a book in the offing and that’s why I’ve made a folder for my computer labeled March 2319, which currently contains my phone logs from those two days in March as well screenshots of text messages I received when I was too weak to reach up and get the phone off my desk.

I am now getting ready to reach my 16th month of being a diabetic. June 23 made it 15 months and the lessons I’ve learned have deeply moved me.

I can’t begin to implore folks how important it is to get checked out for this horrible disease. I have decided that it’s easier to practice discipline than it is to suffer the many horrible physical repercussions which stem from it.

I haven’t read it but there’s a book called The Obstacle is the Way and I firmly believe that. I have embraced many writings of the stoics throughout this diabetic journey and after turning a friend on to Robert Pirsig’s Zen and the Art of Motorcycle Maintenance, I figure it might be time to give that a fourth read.

Instead of crying Sunday, I took the insulin pens from my refrigerator, which is now stocked with mainly vegetables, plain yogurt and cheese, and arranged them around a small American flag I have. It was a day after July 4 and it was my Independence Day after receiving the news last July I was ready to go off insulin.

It’s not been easy but I have said many times before since March 23 of last year, it’s easier than the alternative, it’s easier than amputations, problems with the eyes and other vital organs. It’s easier than feeling sorry for yourself when all along it was you who put yourself in this precarious position.

I don’t write this to be preachy, I write it because I am truly concerned and have heard many horror stories from people who, like I did, have thrown the distressing news into the forgotten files of the mind.