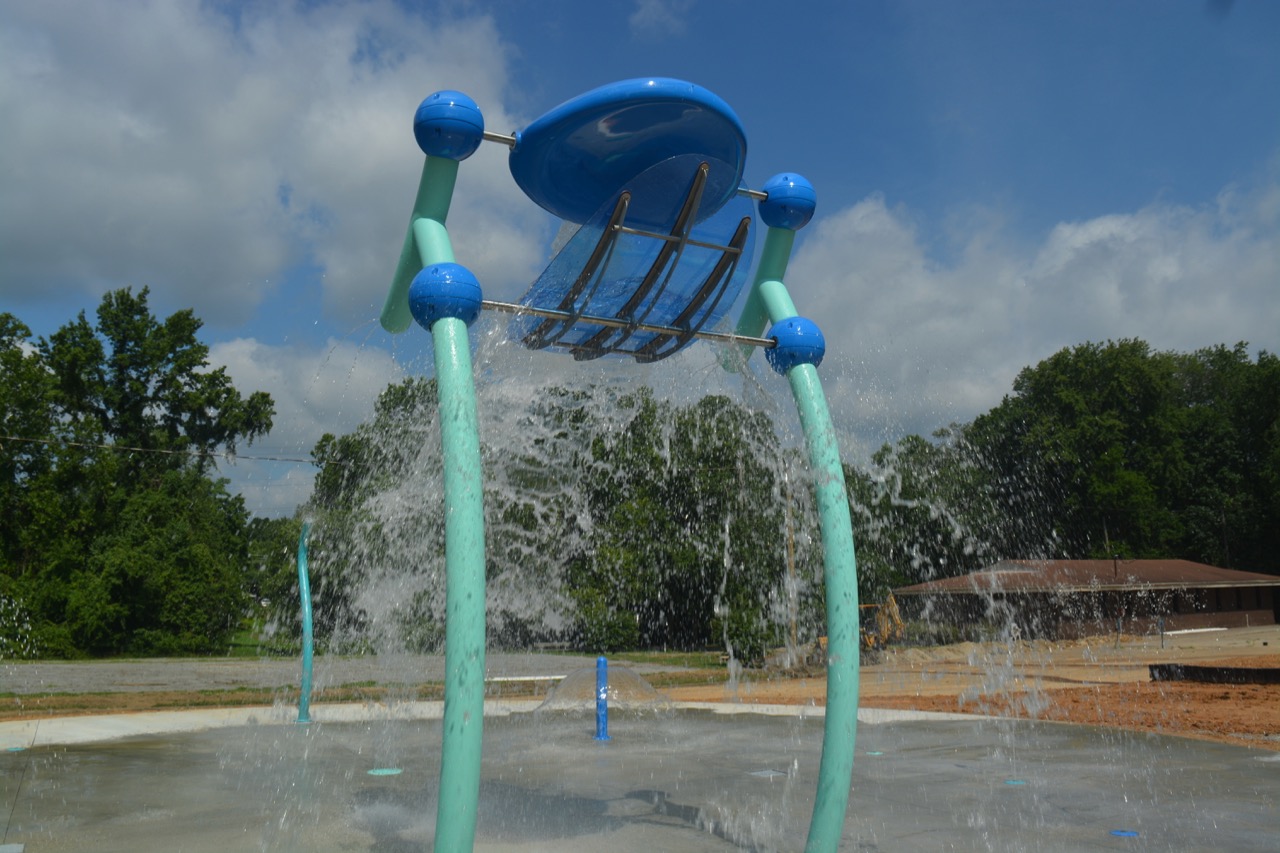 When we look at the overall picture, the city has done well creating the first steps in the Highway 158 masterplan.

The improvements at Chaloner Recreation Center marked those first steps and the work is tangible and fingers crossed, barring any unforeseen weather or other issues, the splash pad and playground equipment should be ready for use in time for the long July 4 weekend.

While we understand residents may still feel stung because they won’t get a pool, observing the engineering and mechanics last week of the splash pad give us something which would make many communities envious.

We’ve stated this before but it’s worth repeating — we’ve seen the looks of joy on children’s faces when firefighters at different festivals and events simply spray their hoses on them.

We hear people head for the splash park in Rocky Mount. With the new facility at Chaloner we’ll be able to keep people here for an enjoyable day where the children can frolic in the water or play on the new playground equipment.

As the project progresses there will be picnic shelters by the splash pad and playground equipment, along with multi-sport courts for tennis and basketball.

But the steps in fulfilling the masterplan don’t stop with Chaloner Recreation Center — Wheeler and King parks are also on the radar.

This project will help enhance King Park by bringing to it an art project remembering a person who stood up for her rights as a human during a time when those rights were being openly violated.

While it may be a frictional issue, it is an important story to tell just as we should be telling the story of our textile history.

The Highway 158 masterplan addresses an area which serves as one of the major gateways to our community and we stand behind the efforts which have brought us to the first step in this project — the improvements at Chaloner.

The two grants which brought us these improvements — Kate B. Reynolds and the North Carolina Parks and Recreation Trust Fund — have essentially doubled the use potential of Chaloner Recreation Center and we look forward to the finished project.

We commend city council for moving forward with the Chaloner improvements and for also allowing the Keys public art project to be built at another one of the city’s parks.