Tom was the sixth son of Dan Arthur and Rosa Whedbee Willey.

He was born May 7, 1926, on the family farm in the Willeyton community in Gates County, North Carolina. 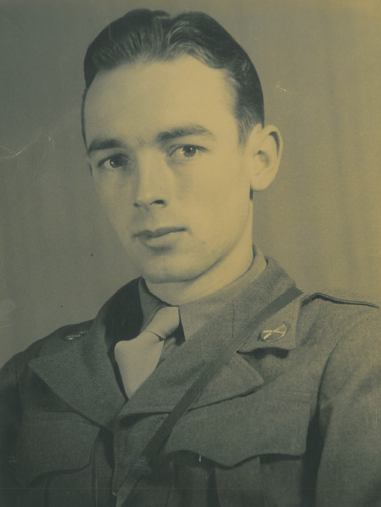 He is survived by his beloved wife of 73 Years, Mary Langston Willey, his only sister, Ada Willey Carroll, of Raleigh, a daughter Rose Willey Massey and her husband William “Bill” Massey of Gaston, a son Frank Thomas Willey, Jr and his wife Sandy Walker Willey of Raleigh, a son-in-law, Randall “Randy” Lovette of New Bern, Tom’s grandchildren, a source of great joy and love, are Michael Craig Massey and his wife Ronda of Garner, Megan Willey Dial and her husband Jon of San Antonio, Texas, Danial Robert Willey of Hampton, Virginia, Zackary Thomas Willey of Charlotte, two great grandchildren, Craig and Kaylinn Massey, sister-in-law, Frances Ann Langston of Gates. Tom and Mary had many nieces and nephews that have been a special treasure and continue to provide an expanding circle of family.

Tom’s life was long and full. At age 18 he entered the United States Merchant Marines, traveling the world in the Naval supply missions of World War II. After discharge from the Merchant Marines, Tom enlisted in the United States Army and served the Post- World War II US Occupied Mission in Japan. His military service was a source of pride and he delighted in telling his stories.

At the conclusion of his military service, he received and Associate Degree at Campbell College and an advanced degree in Vocational Agriculture Education from North Carolina State University.

Tom married Mary Willey Langston, whom he called “My Sweetheart” for 73 years, on June 11, 1948. Tom and Mary came to Gaston, North Carolina for Tom to accept his first teaching assignment.  His teaching and school leadership, assistant principal, at Gaston High School continued 33 years.

Early in their life in Gaston, Tom and Mary became faithful members of Shiloh United Methodist Church. Tom served in many leadership roles including, Sunday School Teacher, Chair of Trustees, Chair of Administrative Board, and Lay Delegate to the Annual NC Methodist Conference.

Tom Willey also had a deep belief in community service. He was a charter member of the Gaston Volunteer Fire Department and the Gaston Lions Club.

Upon retirement from teaching, Tom served the Town of Gaston as Town Manager for 9 years.  Upon retirement from the Town of Gaston, his retirement project was to help his daughter build her home on the Roanoke Rapids Lake. There was always a project underway in the Willey family and it often included tractors, backhoes, forestry, and every mechanical skill or tool available. Throughout his life, he measured the value of each day by what he accomplished that day.

The Celebration of Life will be held at Shiloh United Methodist Church, 421 Lawrenceville Road, Gaston, NC on Sunday, March 6 at 3pm. The family will receive friends at the Youth Shelter on the church grounds at 2pm. Burial will follow at Cedarwood Cemetery in Roanoke Rapids. In lieu of flowers, please send gifts to Shiloh United Methodist Church, Capital Improvement Account, P.O. Box 267, Gaston, NC 27832 or the Gaston Volunteer Fire Department. Arrangements are being handled by Wrenn, Clark, and Hagen Funeral Home in Roanoke Rapids.