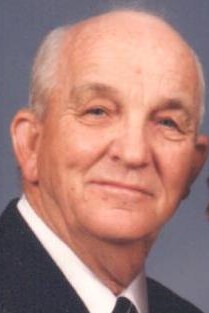 John was the son of the late Edgar Rhodes Hargrave and Bonnie Jordan Hargrave.

In addition to his parents, he was preceded in death by his beloved wife Shirley Pearson Hargrave, his brothers; Raymond, Willis and Lloyd Hargrave, his sister Betty Hargrave Wynne, and a brother in law; Donald Pearson.

A lifelong resident of Northampton County, John was a longtime member of Lebanon United Methodist Church, and a United States Army Combat Veteran of the Korean War. He Loved the Lord, Loved his Family and Loved being a Farmer.

John is survived by his loving son and daughter in law; Tommy and Connie Hargrave, a beloved grandson; Jacob Thomas Hargrave and his finance’, Madison Allen, a brother in law; Cecil Pearson and his wife Judy, sister in laws Patricia Hargrave and Sue Hargrave, and many nieces and nephews.

Graveside Services will be held Thursday, April 8, 2021 at 11:00 A.M. at Crestview Memorial Cemetery with Rev. Bob Clyde officiating. The family will receive friends after the service.