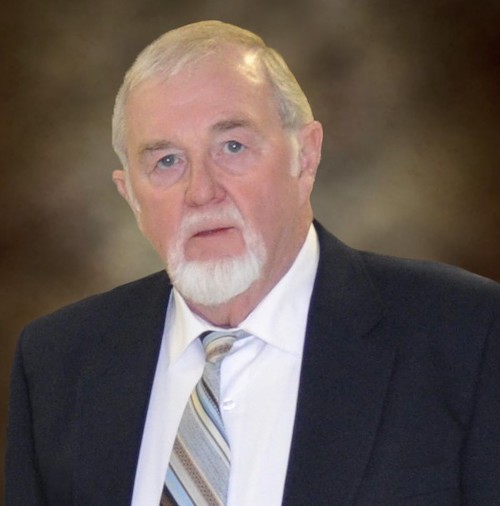 Jerry was born in Roanoke Rapids Hospital February 4, 1950, the son of Clayton and Bettie Collier.

He grew up on the family farm located at 740 Warner Bridge Road just north of Gaston.

He attended Gaston High School and graduated in 1968. He graduated from Halifax Community College and taught there in the automotive tech curriculum.

His first employment outside of the farm was at JP Stevens. He also worked at Weldon Machine Shop before spending the remainder of his work career with Flambeau Airmold Company in Weldon. He retired from Flambeau in 2014. He worked as a machinist building aluminum molds for plastics injection.

Jerry had three passions in life, his dogs, his farm, and his racing. He loved his black Labrador dogs, first CB, then brothers Bubba and George, and finally Annie. Their daily rides on the farm were enjoyed both by Jerry and the Labs.

He loved the family farm he grew up on. He helped his dad Clayton on the farm every day until Clayton's death in 2015. After that he took on the responsibility of the farm himself spending a part of nearly every day there caring for the family farm.

His passion for racing began at Chantilly Speedway. He joined the pit crew of Gaston driver Ashley Smith and spent every Saturday night at Chantilly. From this he developed a lifelong love of Ford race cars and racing.  In 1968, he designed and built a McCulloch powered racing kart and began racing on the short tracks around North Carolina and Virginia. He won over 100 feature events.

He would later race karts at all the major speedways in the southeast including Daytona, Rockingham, Charlotte, Atlanta, and Watkins Glen.

In 1972, he bought his first race car, a 427 Late Model Stock Ford Falcon that he first raced at Chantilly, then Wilson Co Fairgrounds Speedway. In 1989 he competed in the NASCAR Goody's Dash Series.

In 1994, he built a 1996 Ford Thunderbird NASCAR Late Model Stock Car and competed at Kenly Speedway, and the fall events at Martinsville Speedway and North Wilkesboro Speedway. He retired from his driving career with a final race at Southampton Speedway in 2005.

His favorite racing story was the final lap of his last race at Daytona in 2001 which also included his two brothers. On the last lap, both his brothers drove in too deep in the final corner trying to get the win. As they banged against each other, Jerry came right up the middle between them both winning their last race together by less than a foot at the checkered line and forever settling their lifelong sibling rivalry of who was the best driver.

Funeral Services will immediately follow the receiving at 3:00 PM in the chapel of Wrenn, Clarke & Hagan Funeral and Cremation Service with Pastor Roger Collier officiating.

Interment will follow in the Collier Family Cemetery located at 740 Warner Bridge Road, in Garysburg.