Mary Frances Conwell Cannon, 91, went to Heaven to join her beloved husband on Sunday, May 10, 2020, five days after her 91st birthday. 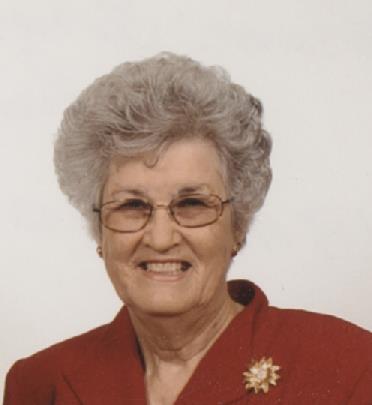 Known to some as Mary and mostly family as Frances, she was the daughter of the late Phillip Johnson Conwell and Susie Ellis Conwell.

She was preceded in death by her husband, Sam Mosley Cannon on June 7, 2014 — and missed him every single day thereafter.

Mary Frances, her husband, sister Edith and brother-in-law Bo Smiley along with 39 other Christians were charter members of Calvary Baptist Church, Roanoke Rapids.

A group first met in the Cannon home in 1952 and by May 24, 1953, the church was organized.  She was dedicated to spreading the word of Jesus throughout her life, having taught not only at Calvary the G.A.’s, Sunday School, and Vacation Bible School, but also at Bethel Baptist Church, Pleasant Hill, where she eventually moved her membership.

She remained a member of Calvary’s Martha Brady Women’s Circle.

Mary Frances retired from the J.P. Stevens/Bibb Company after 25+ years working in the Roanoke Fabricating Plant where her work ethic was never questioned nor surpassed.

For as long as she could, Mary Frances visited the sick and shut-in, bringing them words of cheer, food and bulletins from the church.

Like her mother, she had a passion for flowers.  She loved people and was a terrific cook.  Mary Frances was a beautiful seamstress.  During retirement, she and Sam made a quilt for each of their children and grandchildren.

For over 39 years, she and Sam lived next door to her parents whom they cared for in many ways.  She made many sweet memories and encouraged the rest of the family to do the same.  Mary Frances loved family gatherings.

A private Graveside Service was held at the Cedarwood Cemetery where she was laid to rest next to Sam.

In lieu of flowers, donations may be made to Mary Frances’ Beloved Calvary Baptist Church, 1405 Bolling Road, Roanoke Rapids, NC 27870.

Wrenn Clarke and Hagan Funeral and Cremation Service is handling the arrangements where condolences may be left at wrennclarkehagan.com