It is with deepest sorrow that we say goodbye to Jason Billy Vincent, age 45, our beloved son, brother, family member, and friend who passed away suddenly on Wednesday, April 1, 2020 at his home in Skippers, VA. 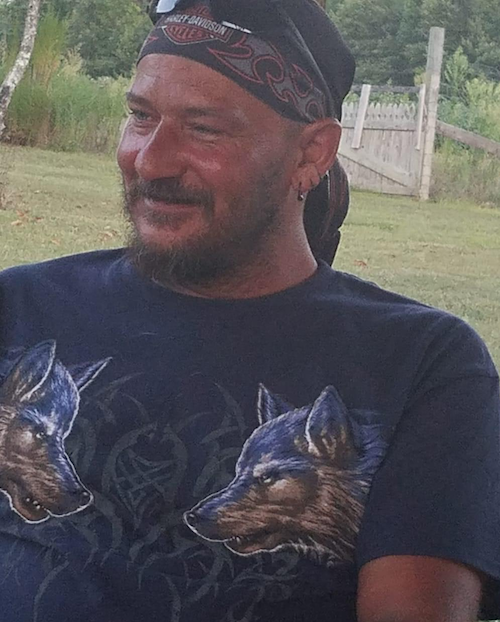 Jason was born April 18, 1974, in Emporia, VA and he spent most of his life in nearby Skippers. Over the course of his career, Jason served in the US Army in Ft. Benning, GA where he attended Infantry Training and later worked with Bradley Fighter Vehicles.

After discharging from the Army, Jason worked in Computer Science, graduated from Welding School, and most notably in recent years worked in his family’s business, The Good Earth Peanut Company in Skippers, VA.

Those who knew Jason, even just a little, lost a shining light in their lives.

Jason will be sorely missed everyday by his father and mother, Lindsey Somner Vincent and Janet Scott Vincent; his sister, Claire Vincent (Brian Gilligan); his brother Benjamin Vincent; his nephew, Avett Gilligan; his loving aunts, uncles, cousins, and many, many wonderful friends.  Jason will also be greatly missed by his Good Earth Peanut Company “family” who he saw, loved, and worked with closely every day.

Some of Jason’s favorite things were his dogs (and animals in general), Sun Drop, motorcycles, Chicken Tetrazzini, video games and listening to music.

Due to COVID-19 a private service will be held now, but a full memorial service is planned to honor Jason’s life once the COVID-19 social distancing bans are lifted.

Because of Jason’s love of animals, contributions in memory of Jason may be made to the non-profit organization, Luv4Pawz Animal Rescue, 552 North Main St., Emporia, VA 23847 or online luv4pawzrescue.org