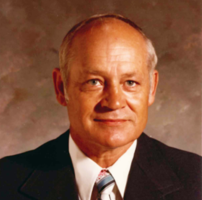 A 30-year resident of Roanoke Rapids, he had lived at Lake Gaston, NC, for the last 33 years.

During his young life, he worked various jobs in family business and farming.

After college, Mr. Croom taught for 30 years at Roanoke Rapids High School, where he oversaw the Industrial Arts and Vocational Education program.

The later part of his career was spent directing the school's Industrial Cooperative Training program: teaching job skills to students, helping them find jobs and following up on their job performance. During his tenure at Roanoke Rapids High School, he taught multiple generations of students, many of whom began their careers locally.

Mr. Croom lived a full life – as a young man, he was a scuba diver, built dune buggies, rode motorcycles, enjoyed woodworking and helped his young daughter in rehabilitating baby squirrels and any other animal she brought home. Mid-life, he looked forward to camping in the mountains, spending summers at Emerald Isle with his wife and daughter, and after retirement, enjoying boating and fishing on Lake Gaston, and participating in his hobby of amateur radio.

Survivors include his wife of 60 years, Angie Croom of Lake Gaston; a daughter, Kim Croom and son-in-law, Jim Tarantino of Raleigh, NC; brother-in-law Tony Lamm and his wife, Kathey of Manteo, NC; sister-in-law, Sandy Lamm of Pleasant Garden, NC, as well as nieces and nephews.