Due to the death of her Mother, Evelyn Ferguson, in 1931, Christine was raised by her maternal grandparents, Mr. and Mrs. Edwin T. Ferguson, in a large, but close-knit farm family with many aunts, uncles and cousins. 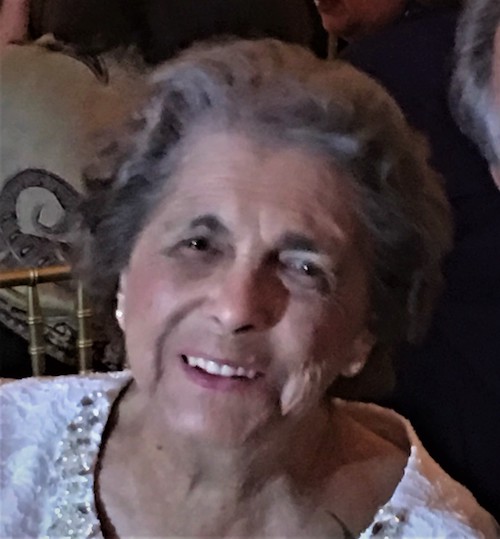 On June 12, 1948 she married her high school sweetheart, Aubrey O. Walker, Sr.  The two were happily married for 59 years.

The couple initially lived in Roanoke Rapids but moved in 1954 to a house they built not far from the family farm on which Christine had been raised.

The house was literally built by Christine and Aubrey with their own labor and with the help of Aubrey’s brother, Joseph Walker.

Christine loved the home and she resided there for sixty-seven years, declining numerous offers to relocate closer to her two sons.

In addition to being a wife and Mother taking care of her home and family, Christine also worked outside of the home from 1954 until her retirement at age sixty-five.

She was employed for her entire career in the textile mills in Roanoke Rapids, starting work in the weave room at the JP Stevens Roanoke No. 2 plant.  Realizing that education was critical to success, Christine, while maintaining her home and working in the weave room, attended Hardbargers Business College in night classes in the early 1960’s earning a certificate that allowed her to leave the weave room and become a secretary.

Through hard work and determination, Christine progressed from a secretarial position to become a planner, who scheduled the work of the weave room in the JP Stevens Rosemary plant.

The job required analytical and mathematical skills, a good memory and attention to detail and she was well qualified for it. She concluded her career by being the manager of the employee store the Bibb Company operated after it purchased the mills in Roanoke Rapids.

Mrs. Walker was an active and dedicated member of Bethlehem Baptist Church, joining the Church in 1959.  She served as a Sunday School teacher for many years and was active in various Church groups and fund-raising activities.

She supported her husband in his role as a deacon of the Church.

Through her Church related activities, she touched the lives of many people in the community.  Mrs. Walker’s sons also attended William R. Davie High School as she had done and during their time there, she was an avid supporter of the school and its various sports, never missing a game or school event.

Christine was the anchor for her family.  She kept the family focused on the values necessary to achieve and sustain a rewarding life.

She was a loving and devoted wife who supported and encouraged her husband, Aubrey, in his career and life.

She was a strong, caring and gentle Mother, who guided and strengthened her two sons and their respective families in many ways, large and small.

Her commitment to education, coupled with her unfaltering faith in a loving God and her strong work ethic, grounded her family and created the expectation that all family members would follow her example.

She was a good Christian lady who lived a long rewarding life.  She will be missed by her family, her Church and her friends.

A funeral service will be held on Wednesday, January 19th at 2:00 p.m. at the Hockaday Funeral Home, 507 Hwy., 158 in Roanoke Rapids.  The family will receive friends at the Hockaday Funeral Home starting at 1:00 p.m. on January 19th  and continuing until the service begins.  Burial will be at the Bethlehem Baptist Church cemetery following the service.

Memorial contributions may be made to the Susan G. Komen Charity.