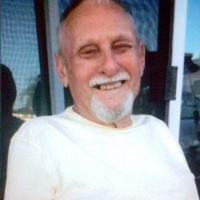 Born in Weldon on February 18, 1931, he was a son of Claude Voyd Warren and Pauline Cooper Warren.

Sonny was a long time employee (25 years) of Lindale Dairy/Pine State Creamery.  He also served as a Magistrate for Halifax County for a great number of years. Sonny was a Mason for a total of 34 years, a member of Roanoke Lodge #203, Weldon, NC then Royal White Hart Lodge #0002, Halifax, NC.  He was an avid golfer.

Mr. Warren was a member of Calvary Baptist Church.

Sonny and Marie enjoyed traveling for years with friends.

He also enjoyed hosting his annual Pig Pickin' at their home on Lake Gaston, a tradition that occurred for more than 20 years, with a highlight being his stew, made from a recipe handed down from his father, that he took pride in preparing.

The family wishes to extend a special thanks to caretakers Beverly Norman and Mabel Magee.

The celebration of Sonny's life will be held at 2:00 pm Thursday at Calvary Baptist Church, with Pastor Randy Martin presiding.  Interment will follow in Crestview Memorial Cemetery. The family will receive friends at Crestview following the graveside rites.

Arrangements for Mr. Warren are under the care of Hockaday Funeral and Cremation Service.