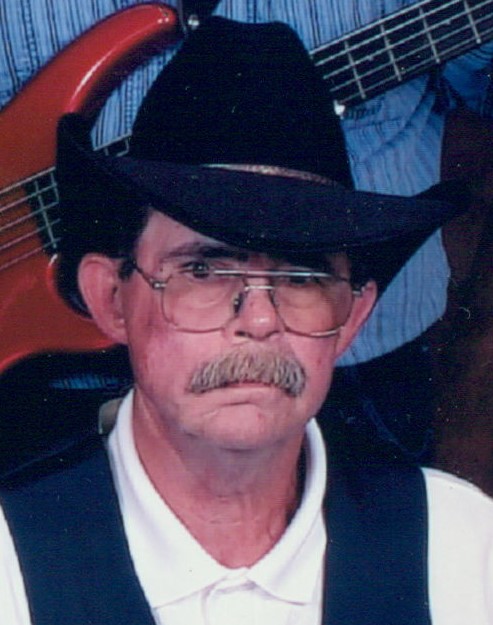 Mr. Scott was born in Northampton County on October 21, 1944, the son of Adam and Martha Jarrell Scott.

He was a retired weaver from JP Stevens, and also owned and operated Scotties Lawn Care Service.

He is remembered as being a very talented, self taught, professional musician.

His musical talents include – lead/rhythm guitar, drums, keyboard/piano, mandolin, songwriter and lead/ harmony vocals.  He has influenced many musicians and is well respected for his talent.

He performed for over 60 years, playing country, southern rock, rhythm and blues, classic rock/country, and his own original music. He is well known throughout NC/VA for his love of music.

On two different occasions, he has competed in the True Value  Country Showdown contest as drummer for Terry Horner and the Wranglers; and also with the band Changes, in the Colgate Country Showdown.  On both occasions, the bands took first place honors, advancing them to state competition which resulted in a second place finish for the Wranglers.

He also performed with Midnight Riders, Penthouse Combo, South City, Back Road Band, State Line Band; and every Friday night at Lasker, NC Grand ‘Ol Opry.  He also performed at numerous venues in NC and VA, including sound system support for Cheroenhaka (Nottoway) Indian Tribe Pow Wows since 2005.  He was loved by his band families and fans, and will be dearly missed.

The family will receive friends from 7:00 – 8:30 pm Thursday at Hockaday Funeral and Cremation Service; and, at other times, will greet friends at the residence of Brittney Moseley.

Pastor Michael Little will conduct the funeral service at 11:00 am, Friday, June 26, 2020 in the Chapel of Hockaday Funeral and Cremation Service.  Interment will follow in Cedarwood Cemetery.

Due to CDC recommendations for COVID-19, (social distancing is encouraged), live stream of the funeral service will be available by visiting https://www.facebook.com/carlislencompany/