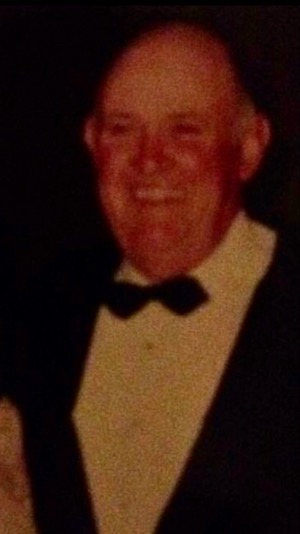 John was born June 22, 1928 in Halifax County to the late John Cephus Pittman, Jr. and Alice Staton Pittman. He was also preceded in death by his wife, Dorothy Mincher Pittman.

John was  owner and operator of Pittman’s Landscaping and Demolition until he was 87, and also owned and operated Pittman’s Antiques in Halifax with his wife Dot.

John loved his wife and family. He loved to dance, antiquing, being outdoors, reading and making blueberry wine. John was also a member of the American Legion and the Moose Lodge. John also enjoyed being his own man. John also served his country in the U.S. Air Force during the Korean War. John was also owner and operator of Pittman’s Landscaping and Demolition until he was 87.

John is survived by his children; John C. Pittman, III and his wife Debra of Roanoke Rapids and Deborah Edmondson of Halifax; his grandchildren, Amy Parker and her husband Jarrett, Megan Lynn Edmondson, Tiffany Lee and J.C. Pittman, IV and his wife Kayla; his great-grandchildren, Colt and Sadie Pittman, Larry Wade Parker, Dottie Louise Parker, Aidan, Bella and Nevaeh; special friend, Peggy Rodgers of Wilson; special niece,  Shirley Pepper whom he thought of as a daughter; numerous nieces and nephews.

Graveside services will be held at 11:00 A.M. Saturday, November 9, 2019 at Crestview Memorial Cemetery with Rev. Gregg McGarvey officiating. The family will receive friends from 5:00 – 7:00 P.M. Friday, November 8, 2019 at Hockaday Funeral and Cremation Service and other times at the home of his son, John Pittman, III.

Online condolences may be sent to www.hockadayfs.com