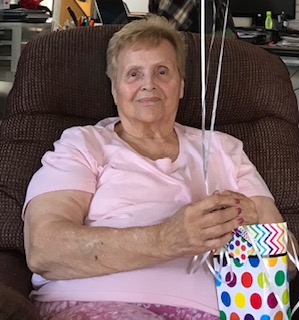 She was born in Martinsville, Virginia to the late William B. Scott and Maime Scott.

After leaving North Carolina, Florence lived in New Jersey until she retired and moved to Vero Beach, FL in 1995.

She enjoyed taking care of her family, her dogs, reading and playing Mahjong.

Florence was preceded in death by her parents, her spouse of 46 years, Frank Constantino, her daughter Paula Conner, and siblings Ike, Edna, William, Jean and Wallace.

A Celebration of Life will be held Saturday, July 13, 2019 from 2 PM to 4 PM at Hockaday Funeral Home in Roanoke Rapids, NC.

Online condolences can be shared with the family at hockadayfs.com