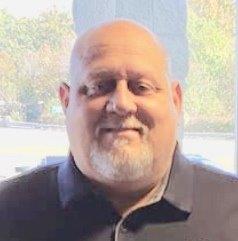 Rex was a native of Polk County, Georgia. He proudly served in the United States Army with the 82nd Airborne.

He was a member of the Boy Scouts of America growing up, earning the highest honor becoming an Eagle Scout.

Rex was a simple man. He loved to ride his Harley, fish and his canine companions Bobo and Mono. His greatest love was his granddaughters.

He is survived by his daughters, Paula Crowley Short and her husband, Ryan of Littleton and Marcie Crowley of Roanoke Rapids; his granddaughters, Mary Katherine Short and Kinliegh Kennedy; his mother and step-father, Brenda and Jerry McDowell of Rockmart, Ga., several brothers and sisters.

Funeral services will be held Sunday December 30, 2018 at 3:30 p.m. in the Chapel of Askew Funeral and Cremation Services with Rev. Tom Johnson and Alllen Cherry officiating.

The family will receive friends following the service at the funeral home.