Mrs. Alma Grey Dickens left this world peacefully on Tuesday, January 7, 2020, in Roanoke Rapids, where she had celebrated her 104th birthday the previous September 15. 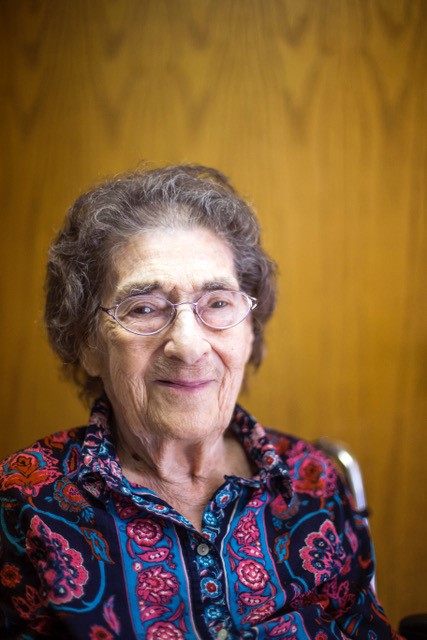 She is survived by a brother, Mahlon Dickens (Alice), of Raleigh; daughters Sarah Carr, of Morehead City, and Julia Ann Dickens, of Roanoke Rapids; and daughter-in-law Sally Shepherd Dickens of Laurel Springs.

Alma Grey grew up on a farm and joined her husband in management of a family farm upon marriage.

In 1942, she and Milton and their young family settled in Black Mountain, NC, with hopes of improving his asthma.

After her children were grown, she enjoyed working and volunteering in various organizations throughout the communities of Black Mountain and Swannanoa before returning to Halifax County in 1989.

She then became a full-time grandma, gardener, nature lover, comedian and gourmet Southern cook for her family and friends.

She was a lifelong active member of the Methodist church, both in Roanoke Rapids and Black Mountain, NC.

She provided a wealth of wisdom and love to her friends and family and was an inspiration to all who knew her. She will forever be known for her kindness to others and her wry wit, and she was quick with a joke or a song up until her last days with her friends and visitors at Liberty Commons. She lived a rich life!