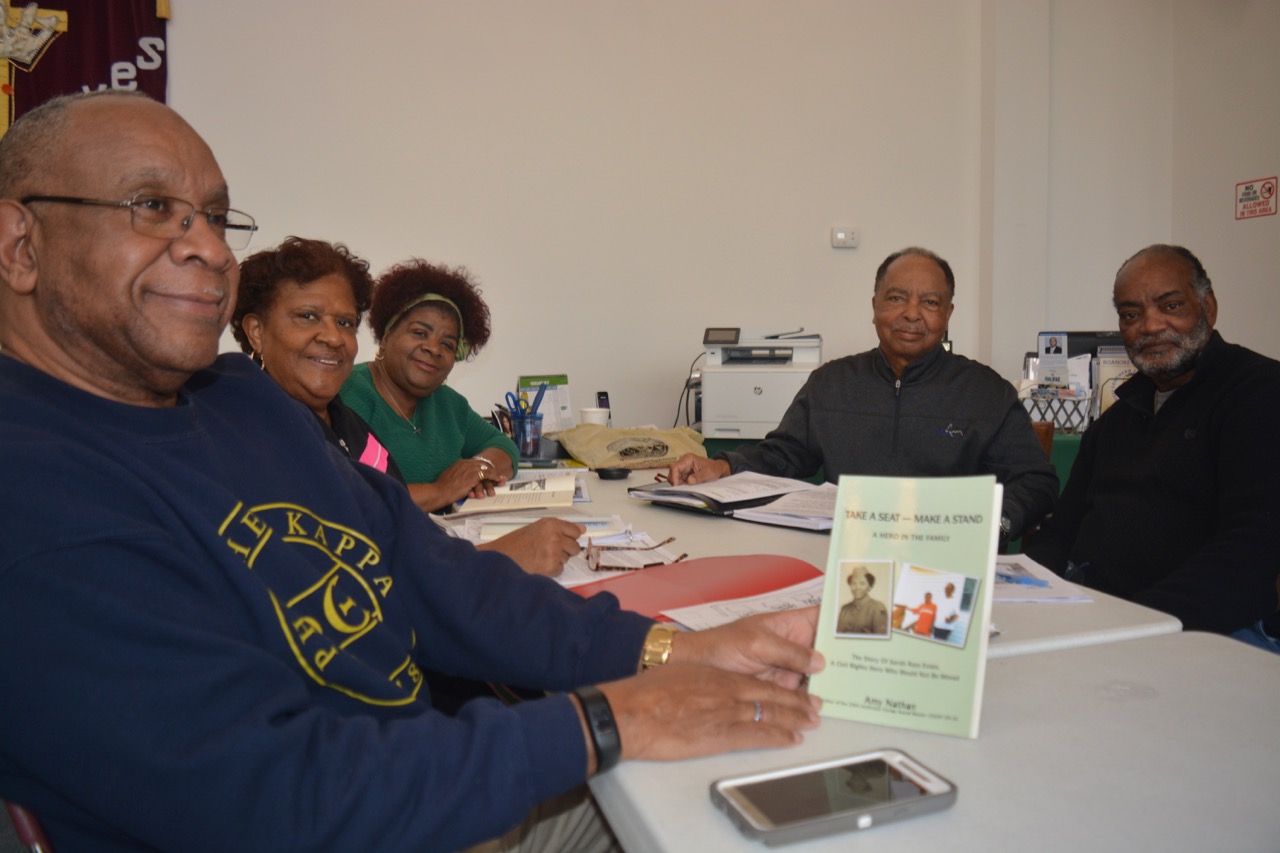 A group of organizations have released letters of support for a Z. Smith Reynolds Foundation grant which, if funding is approved, would bring a public art project to Roanoke Rapids honoring Sarah Keys, whose complaint to the Interstate Commerce Commission in the 1950s led to desegregation of bus lines traveling across state borders.

The basis of that complaint occurred when Keys — now Sarah Keys Evans —  a private in the Women’s Army Corps, departed her WAC post in Fort Dix, New Jersey, on the evening of July 31, 1952, for a furlough to her hometown of Washington, North Carolina.

She boarded an integrated bus in New Jersey and transferred without trouble in Washington, D.C, to a Carolina Trailways bus.

She took the fifth seat from the front in the white section. When her bus pulled into the Roanoke Rapids Trailways terminal, however, a new driver took the wheel and demanded that she comply with the carrier's Jim Crow regulation by moving to what was then called the colored section in the back of the bus so that a white Marine could occupy her seat.

Keys refused to move, the driver emptied the bus and directed the other passengers to another vehicle. He barred Keys from boarding it.

The case, Sarah Keys v. Carolina Coach Company, which was ruled upon in 1955, is considered a landmark civil rights case in the United States and banned segregation of black passengers in buses traveling across state lines.

While considered a landmark case in the nation’s fight for civil rights, “It’s not that well known,” said Charles McCollum, a minister and president and cofounder of the Roanoke Valley Southern Christian Leadership Conference.

The SCLC is one of the 11 organizations thus far supporting the efforts to earn the $50,000 grant for the Inclusive Public Art Initiative being offered by Z. Smith Reynolds.

The initiative focuses on public art which represents North Carolinians, especially women and people of color whose stories historically have gone untold or are seldom told.

McCollum said other organizations are being solicited for support and two more public community sessions are set to brief the public on the project — one on Wednesday at 5 p.m. at Littleton Town Hall and another at 5 p.m. on March 18 at Halifax Community College in the auditorium of Room 108.

The 1955 ICC ruling predated Rosa Parks’ refusal to go to the back of a bus in Montgomery, Alabama, by a week.

The Keys case, McCollum said, “Had more implications because it was an interstate transportation issue. She (Keys) should have been celebrated as much as Rosa Parks. She was coming home to visit her parents. If she had gave up her seat we wouldn’t be sitting here.”

As it stands now, the Sarah Keys initiative is one of 20 semi finalists out of 80 initial applications.

McCollum is confident the project has merit and if the grant is awarded plans would be to build an art monument honoring Keys at Martin Luther King Community Park at Wyche and Virginia streets.

Ervin Griffin, a member of the SCLC and former HCC president, said the plan for the memorial will be a wall which tells the Sarah Keys story with artistic renderings by Halifax County artist Napoleon Hill.

The memorial, Griffin said, will end on a positive note. “We want to get Ms. Keys to come back.”

Hill said he is honored to be the chosen artist. “It’s great. It’s something that had impact on the community. This has had a great impact on history.”

McCollum said in the eventuality the grant is not awarded, there will be fundraisers to do the project anyway.

McCollum feels the project fits the initiative. “I’m a product of that time, I had to sit in the back. She made a decision that allowed us to enjoy interstate travel.”