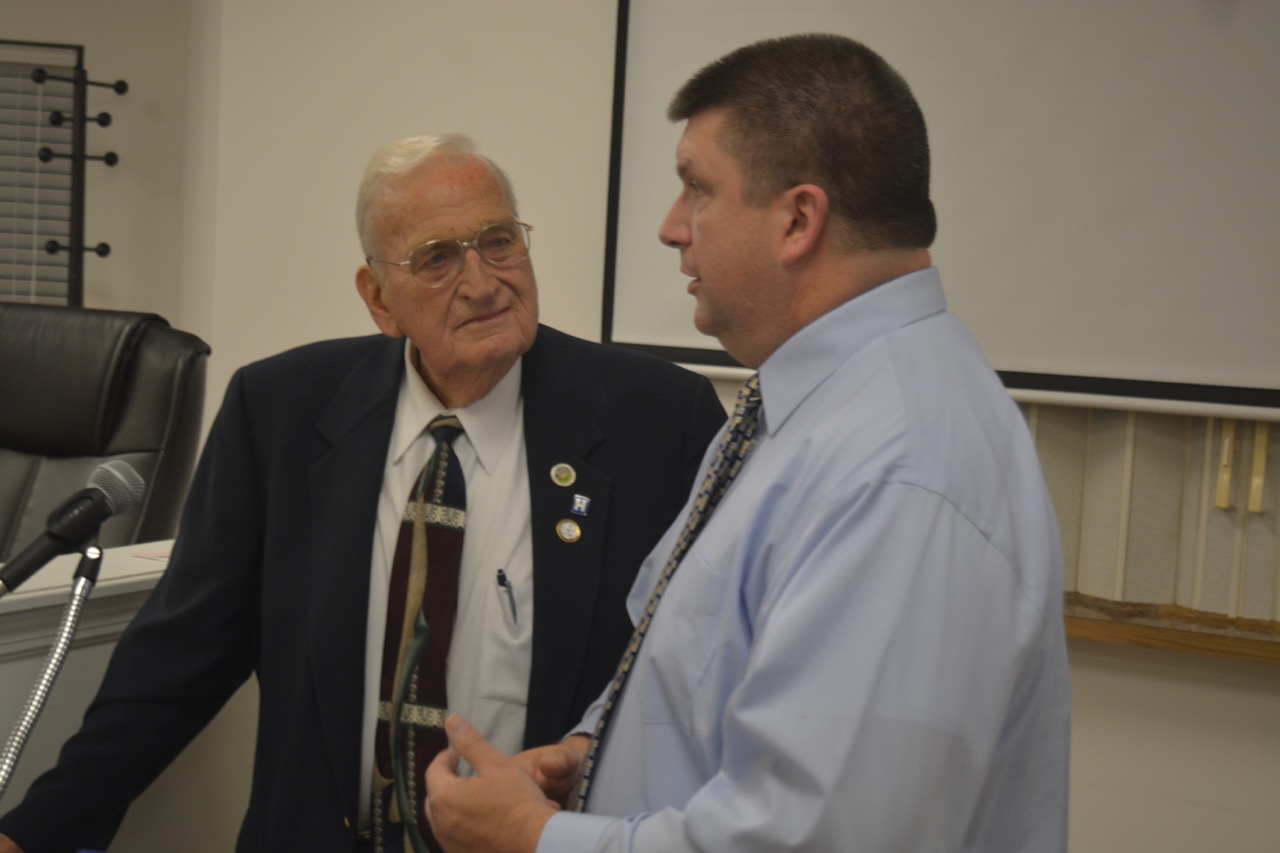 Beale remembered for love of city

Beale was not only remembered for his influence on police officers but as a man who loved the city of Roanoke Rapids, his colleagues and friends said today.

Former Roanoke Rapids Police Department Deputy Chief Andy Jackson said his father-in-law, Milton Moseley, a carpenter, did work for Beale, who was also an accomplished woodworker. “He did a lot of work for Drewery on his rental property. I would hang out with my father-in-law to learn some of the trade. That’s how I really got to know Drewery. I’d watch him build cabinets and talked to him about police work. I wound up applying and he gave me a good reference. He was always supportive in my roles.”

Jackson said Beale loved the city and that love was manifest in his work to improve run down houses in the community. “He would revitalize those houses and make them nice to give people nice homes to live in. He always talked about the city and the things he would like to see happen in the city. He really cherished the city. That was reflected in the pride in the work he did on the homes, trying to make them look good.”

Beale hired Andy Bryant, who retired as a captain within the department last year. “He came by the house on a police car maybe when I was four or five. He carried me for a ride. He was a good man all around.”

As a chief, Bryant said, Beale was always supportive. “When I was a high school kid I’d see him on the streets and would talk about school and sometimes would let me ride with officers. I’d see him on different calls on EMS and he’d always say, ‘hey, how you doing’ and ask about my parents.”

It was Beale who presented Bryant his service weapon and badge upon his retirement last year. “He was very instrumental. If there was a school I needed to go to he would send me. He would look after his guys. If you did wrong he would punish you. If you did right and were truthful, he’d stand by you.”

Beale was born in 1934 and grew up in the city’s mill village, according to a bio his wife provided the city. “Thus, the reason why he has such a heart to the see the area returned to the way it used to be.”

In 1954 he served in the United States Air Force. Leaving the USAF in 1958, he immediately went to work at the police department where he stayed for 38 years.

According to the bio, he went from a motorcycle cop to police chief and saw many changes, including the relocation of the police department to its present location uptown on the avenue.

He retired as chief in December of 1997 but his service to the city did not end there as he served four years on city council and on December 1 of 2005 began his second four-year term as mayor.

The bio notes Beale was most proud of his work with the former Randy Parton Theatre and the Carolina Crossroads project.

While the project never took off as anticipated, Beale said at a ceremony last summer where Tom and Evon McLean took over as the new owners of theater he had no regrets about leading the effort to bring the venue to Roanoke Rapids. “If they had this in place then, I feel it would already be running. I congratulate the mayor, city council and city attorney. I think we’re on the right road to recovery. There are no regrets by me. I feel good. I feel very good today.”

Halifax County Board of Commissioners Chairman Vernon Bryant said Beale’s efforts on the project were another example of his love for the city. “When you’re in a leadership role, you have to try some things. You will succeed and sometimes fail. Poor leaders don’t try anything and good leaders take on challenges.”

Kathy Kearney, the city’s human resources director, knew Beale since 1986. “He used to tell stories. I always tried to get him to write a book. He lived in a mill house here when the mills were booming.”

Kearney said Beale, “Always wanted the city to be better than it was, especially after the mills left. He wanted people to know the history of the city. He liked to tell stories to the younger generation about when he lived here. You could tell he cared about the city.”

Bryant described Beale as “a very dear friend and confidante. He served the city as police chief and mayor very well. I don’t know of anyone who loved Roanoke Rapids more than Mayor Beale.”