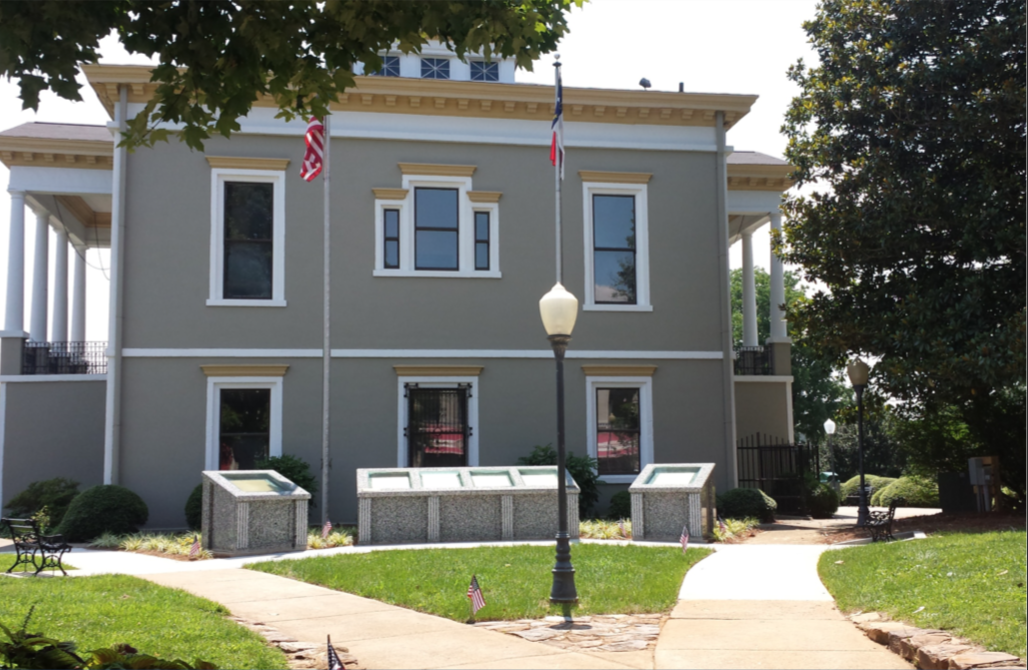 A fundraising effort for a Charters of Freedom monument recognizing the Halifax Resolves to complement three others planned for installation at the Historic Courthouse in Halifax is underway.

The monuments honoring the Declaration of Indepence, the United States Constitution and the Bill of Rights will be installed by the nonprofit Foundation Forward Inc., which is an educational organization.

Since Halifax County commissioners wanted one to commemorate the Resolves a fundraising effort was necessary, said Ken Wilson, who has been designated to head the project.

Cost to construct the one monument to honor the Resolves is $7,000 and thus far a little more than half has been raised. Organizers want to dedicate the monuments by April 12, which is Halifax Resolves Day.

There will be a flagpole at the center with plans to fly what is referred as the Betsy Ross Flag. “That was the dominant flag in the Revolution,” Wilson said. “The county is known for the Resolves. The county is known for first for freedom.  We emphasize the importance of the Resolves and other founding documents and learn from them. It will give the kids a chance to see a replica of the documents.”

The monuments are constructed at around 24 inches are angled at between 30 to 45 degrees to make them easily viewable by children.

The Resolves is an important document related to the American Revolution, Wilson said. “In May of 1776 representatives from North Carolina presented it as a motion and it was seconded by Virginia and unanimously passed by all colonies.”

Charters of Freedom monuments come with a time capsule containing a list of all of the donors as well as other documents commemorating the dedication and events leading up to its construction.

Donors giving $500 and up will be listed on the dedication plaque.

For more information contact Wilson at 252-537-5406 or by email at This email address is being protected from spambots. You need JavaScript enabled to view it.