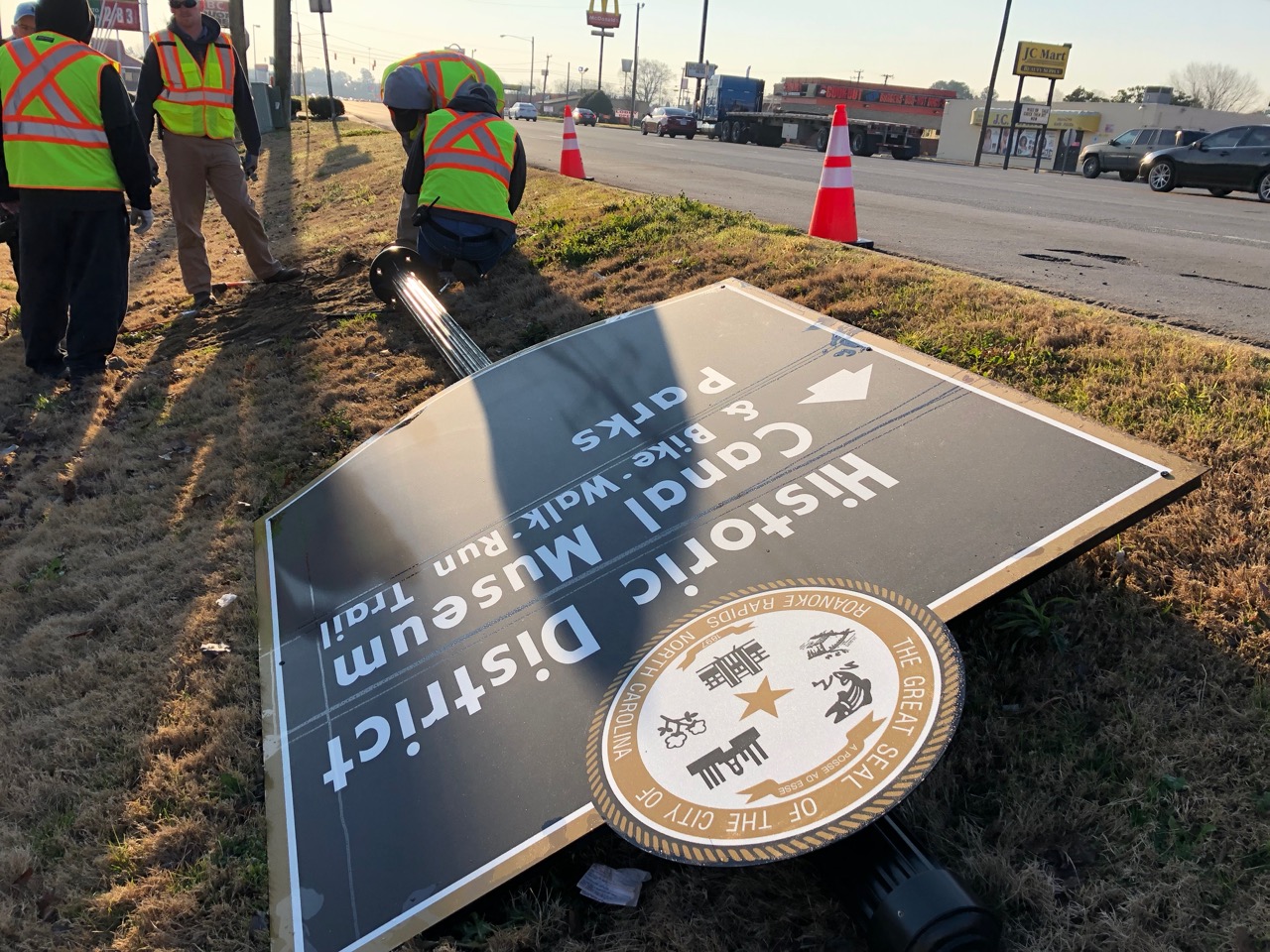 Wayfinding signs go up in city

The last of 13 wayfinding signs were erected today and now the city and the Halifax County Convention and Visitors Bureau will be planning for the next wave.

Placement of the signs began Monday.

Funding for the signs came out of the HCVB’s budget for last fiscal year and is from the bureau’s occupancy tax, Caudle said today.

The first wave of signs focus on the most critical locations throughout the city and give directions to major points of interest.

The future phase will include coordinating signage at the free public parking lots, the historic district and other points of interest.

Caudle said reaction to the signs “has been very positive. The public seems to really like them.”

Lori Medlin, president and CEO of the HCVB said in a statement the signs are designed “to assist visitors and customers in reaching their destinations quickly and easily. The new signage reflects the city's values and identity and exhibits a cohesive design easily recognizable. The wayfinding signage program provides a consistent and functional design beginning with the city's gateway signage.”

Said Medlin: "A thoughtful wayfinding system enhances how people find their way in unfamiliar places. We worked hard to make the signs clear, helpful, and most importantly, to project a positive image of the city of Roanoke Rapids to the public."

Roanoke Rapids City Manager Joseph Scherer said, "The new wayfinding signage is attractive with a professional appearance that will help guide visitors and residents to our major points of interest."

Caudle reiterated in the statement "not only do the new wayfinding signs present a cohesive plan for the city, but they also direct citizens and visitors to the historic district. Future plans include coordinating signage at all of the free public parking lots in our district."

rrspin photos from this morning

Roanoke Rapids Public Works Director Larry Chalker, whose employees installed the signs, said, “This aids the motoring public coming into our city, most especially visitors, to find various attractions such as the library, parks, city hall, visitors center and more.  It’s been a wonderful project. It’s taken some time to go through the different phases. While public works crews erected the signs, the lion’s share of the project was handled by Christina Caudle and Lori Medlin.”

Said Chalker: “What we see on our streets today is a beautiful project and nice looking signs. Because of their reflective elements, the signs look just as good at night.”