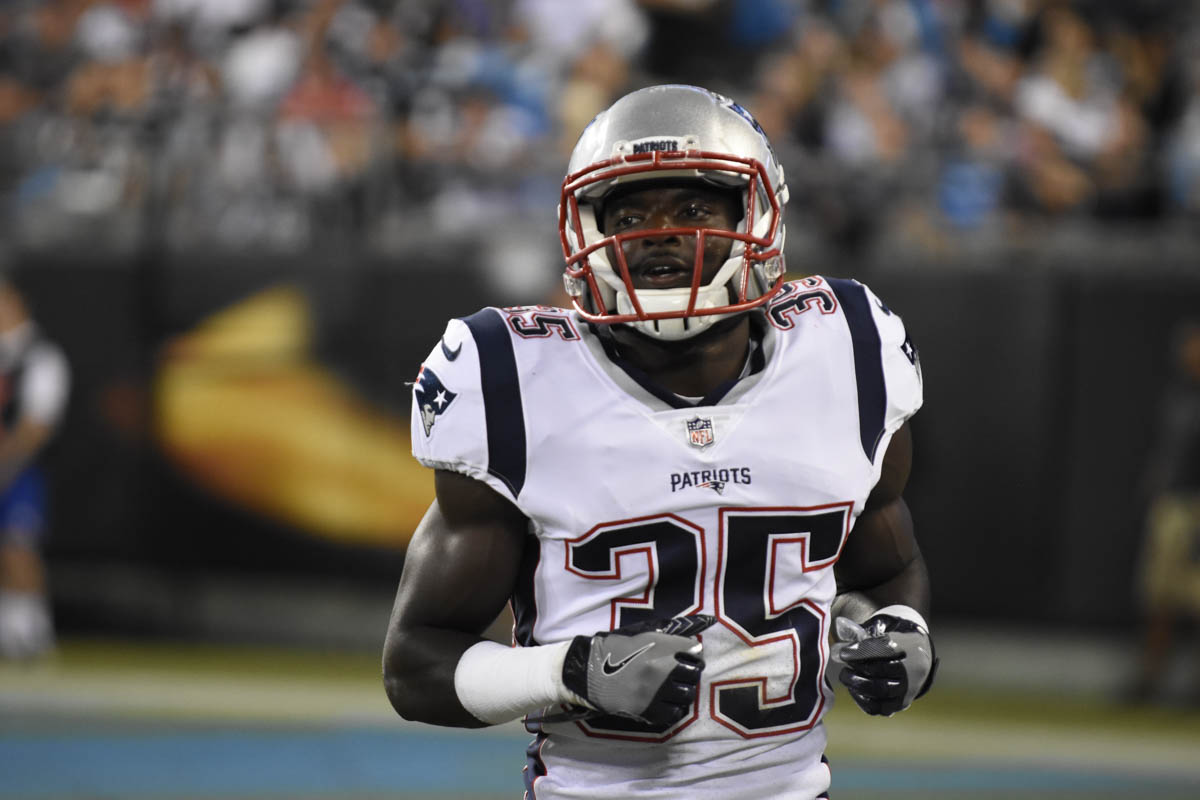 Crossen: 'You have to earn these opportunities'Featured

For Keion Crossen, it’s simply a blessing to not only be playing in the NFL, but being on one of the two teams which made it to the league’s biggest game — Sunday’s Super Bowl in Atlanta.

“Honestly, days like this you dream about,” the Garysburg native and New England Patriots defensive back said in an interview after a Saturday practice. “It’s always a dream until it happens. Having the opportunity is a blessing in itself.”

However, the Northampton County High School alum said, “You get them because you earn them. You have to earn these opportunities. They just don’t appear.”

There is a long list of people he mentions in his journey to becoming a player in the NFL and getting drafted by arguably one of the best teams in the history of the league.

His father, Thomas Crossen, “pushed us to be self-motivated. I was so determined to be good at what I was doing whether it was getting up early or staying up late to learn my craft.”

Along with his mother, Winnie Webb, “My parents are the primary source. I do appreciate them not pushing sports on me. At the end of the day sports have a great opportunity but let a kid pursue what they want to be. Whether a doctor, a lawyer, a janitor, be the best you can be. My parents made me understand you don’t have to do anything you don’t want to, that you’re going to have to work hard and start what you finish.”

Then there are the coaches, so many he fears he will leave someone out — Mack Booker, the late Diego Hasty, Joshua Wallace and George Privott. “There’s so many you can name — Jerome Williams, Leon Eason. I thank them for their support.”

Soon to turn 23, Crossen’s work ethic has pushed him and led him to what he calls “one of the best learning environments I’ve ever been around,” that being the New England Patriots organization.

It’s also, he says, “One of the toughest I’ve been in. It’s one of the best decisions that’s been made. I love it here. It’s fun. You have to earn, nothing is given to you. It matched up with who I am. It’s almost a love-hate relationship. The games are easy. The hardest thing you’re going to do is practice.”

Working and playing under Patriots coach Bill Belichick, Crossen has gained a respect for the man. “He’s a great leader, great coach, great teacher. He’s a like a human football dictionary. When he gets on you that’s a compliment. He loves what he does.”

With many accolades and honors to his name — an honor student at Northampton and going on to Western Carolina University — his faith has been predominant in his life. “I think it’s first off God. You’ve got to have that in your life. Growing up I had motivation that I have to be better for my kids. Most people quit or give up when it’s hard. The hardest thing you have to face is getting past yourself.”

That goes for fellow Roanoke Valley natives Kareem Martin and Nazir Jones, both NFL players and the man who will be playing against the Patriots Sunday — Tarboro native Todd Gurley, the star running back for the Los Angeles Rams. “We grew up in poverty. It’s all of those circumstances but if you get past yourself, that’s what makes us three different.”

As a rookie, Crossen has played in 18 games and started one on special teams.

For those back home, Crossen relays the message, “This is a special moment for all of us.”

Beyond the gridiron, he says he would like to see the community come together for its children. “Let’s push kids in the community to get to this special moment. Let’s push them, help them out.”

Crossen is still working on plans for how to give back to his community, from a possible kids day for children in Northampton and Halifax counties to camps and going into schools and talking. “The main thing is getting them to understand someone from their school and community is doing good.”

Crossen is guarded when it comes to Super Bowl LIII and what the Patriots will have to do to beat the Rams. “We’ve got to have consistency across the board and we have to play Patriots football.”

On the often enigmatic Patriot quarterback Tom Brady, Crossen said, “He’s like any other human being. He likes to enjoy life. Most think he’s got a bad attitude but he’s a great follower and a great leader. He has something a lot of people never achieve. He’ll come to you and say, ‘I’m Tom Brady.’ It shows the character of him that he doesn’t take for granted who he is.”

Crossen holds that same standard. “Honestly, I’m a man of faith. I really believe God put me in a position I needed to be in. Financially, if you’re a man of character then what you do doesn’t change who you are. I would prefer people to remember Keion Crossen not as a famous football player, but that guy that’s crazy about Jesus, the guy that gives you scripture out of the Bible. The resources God has provided for me means I don’t have to change who I am to fit in with a certain crowd. Be who you are.”