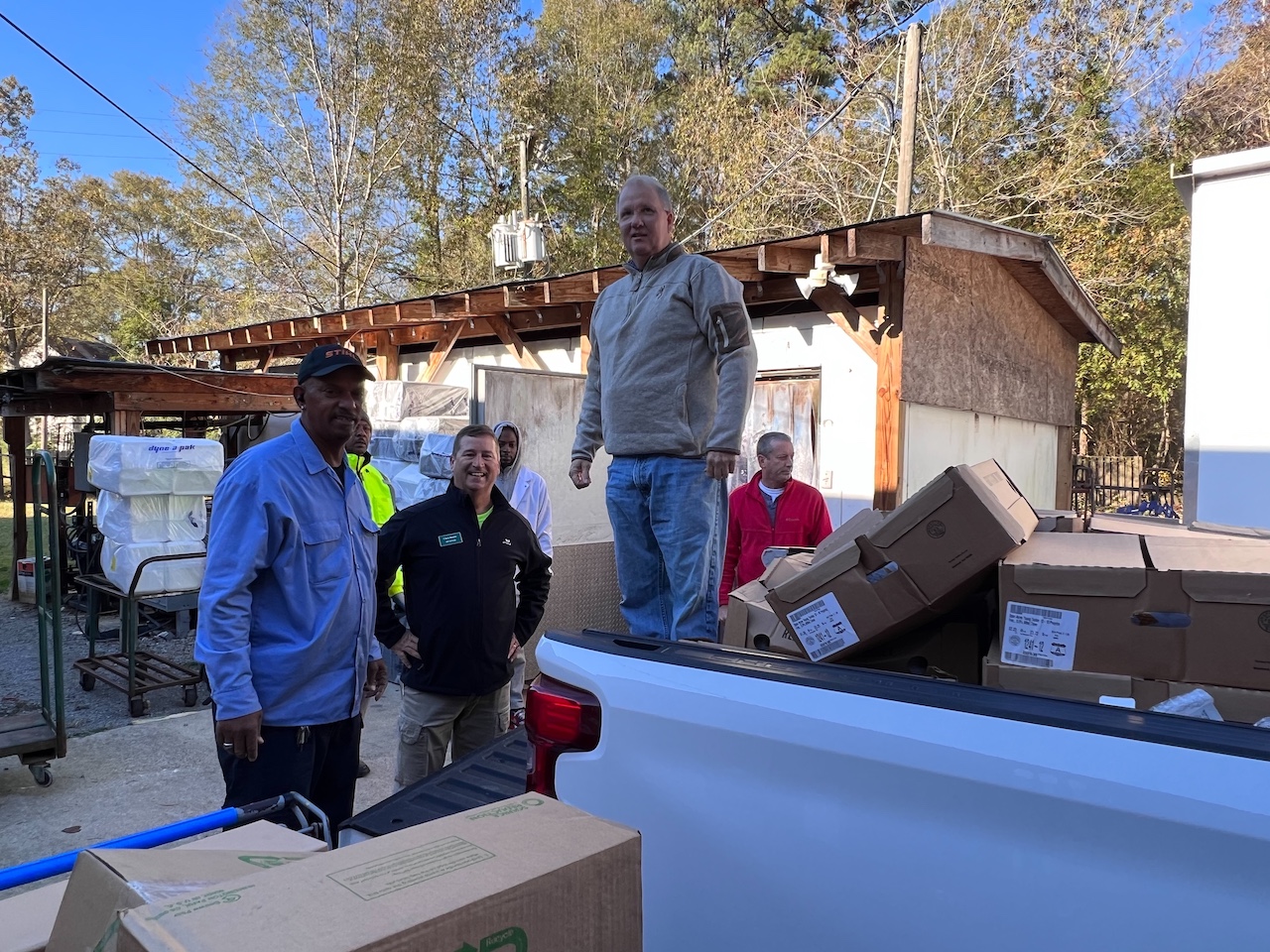 Enviva cooperated with three different groups, two different vendors, and North Carolina State Representative Michael Wray to distribute turkeys to senior citizens and others identified as in need ahead of the Thanksgiving holiday.

“I would like to thank Enviva,” said Wray.  “They are one of the companies in our local community that do good things in our community. They help us out with our youth and other outreach projects. We certainly recognize Enviva for what they do in our community. As you know I like to say, ‘working together works.’”

At the start of the day, Enviva was joined by representatives from Garysburg and Seaboard at Rich Square Market to collect and load up turkeys.

Seaboard Mayor Geraldine Langford was joined by members of her public works department to arrange the deliveries.

“Enviva is a great company,” said Langford. “We appreciate you, and thank you.  Continue to do what you do, and God will continue to bless you and Enviva.”

“This is an awesome project, for our seniors, especially, in the town of Garysburg,” said Williams.  “They don’t have to worry about getting out. We are going to deliver to those who cannot get out.  It just brings so much joy and that’s what Thanksgiving is all about.  You have certainly shown to the citizens of Northampton County that Enviva is not about Enviva, but Enviva is about the citizens of Northampton County.”

Later in the day, Enviva met with the Northampton Citizens United organization at Walmart in Roanoke Rapids to collect and load turkeys.  Several local volunteer fire departments assisted with the distribution of turkeys to needy communities.

Wayne Jenkins, Northampton Citizens United representative, said it was wonderful to be a part of a Thanksgiving gesture that affected the needy through the county.

He said NCU looks forward to the continued partnership with Wray and Chris Brown of Enviva and local volunteer fire departments.

The following fire departments helped with distribution of the turkeys: