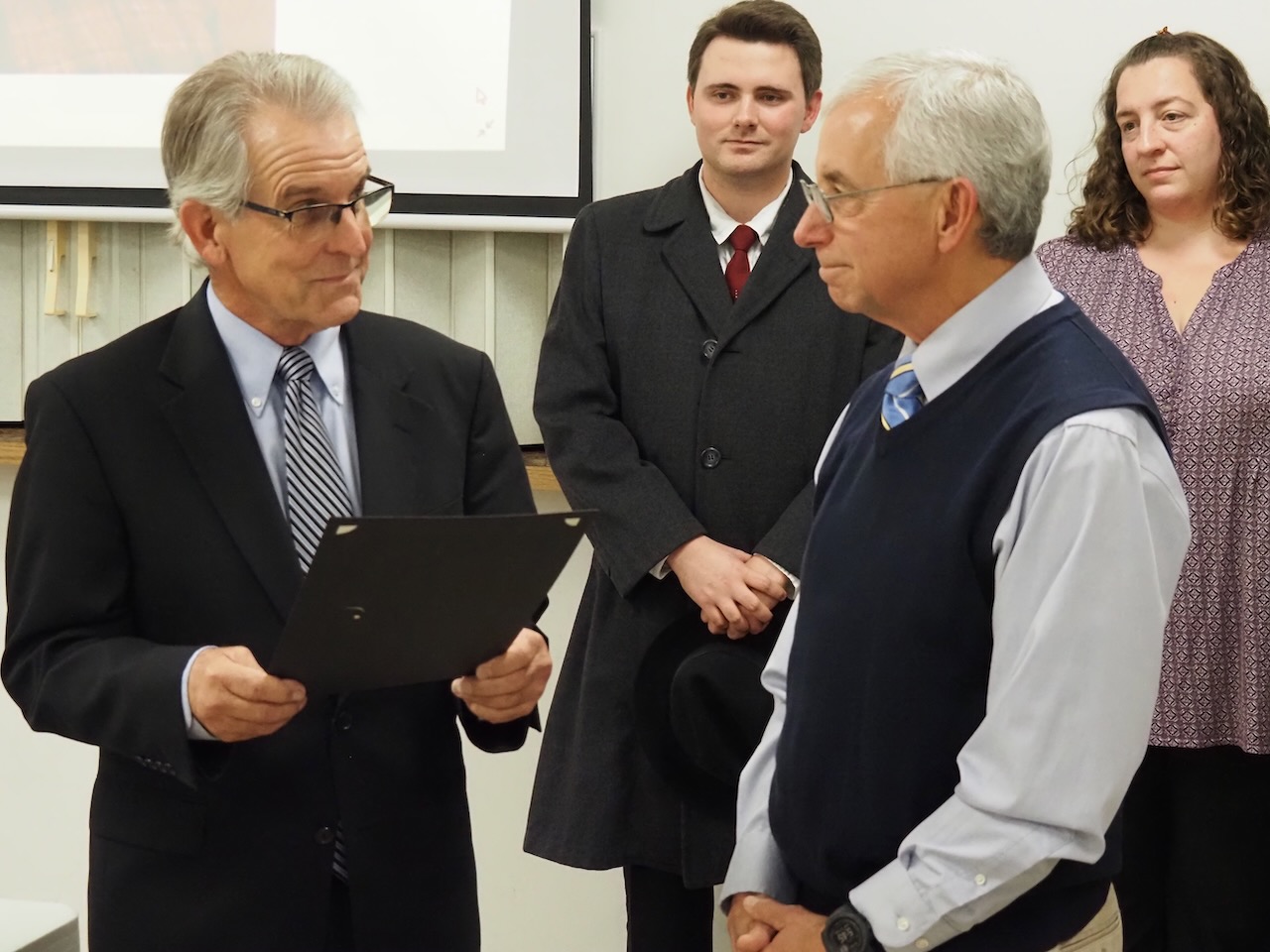 Aquatic Center to be renamed in honor of Wicker

The Roanoke Rapids Aquatic Center will be renamed to honor longtime Parks and Recreation Director Chris Wicker, who retired in 2009.

According to a memo from current Parks and Recreation Director John Simeon to City Manager Kelly Traynham, he and Councilwoman Sandra Bryant have received requests from residents to have the facility named in Wicker’s honor.

“One of Wicker’s top accomplishments, the Aquatic Center, built in 1992, has been instrumental for senior arthritis classes, swim lessons, and competitive swim meets,” the memo said.

Simeon told the council, “Under Chris’s vision and leadership the Aquatic Center was built in 1992. It is an Olympic-size pool that has between 15,000 and 20,000 contacts per year coming through the doors.”

Simeon said the center has toddler and youth swim lessons and allows lap swimming for exercise.

“I can say that Chris believed in honesty, integrity and hard work,” Simeon said. “That has created a legacy here in our parks and recreation department.”

Greg Lawson, a former city police chief and a friend of Wicker’s, said, “I love this man. He is a true friend and if you know Chris Wicker you know he has a service heart.”

Lawson said when Wicker came to Roanoke Rapids, “That service heart led into quality leadership for the parks and recreation center. He had a vision and that vision accumulated to a number of things that we utilize today and a lot of times I think we take for granted.”

Lawson cited the Aquatic Center and the renovations at T.J. Recreation Recreation Center as examples of Wicker’s work. “All that is this man’s vision to make that happen. We wouldn’t have a canal trail if it wasn’t for his vision.”

The Roanoke Canal Trail, Lawson said, “Is something we all should be proud of because if you think about it, what other city our size has a greenway that is eight miles long and has such a rich history behind it.”

With the trail came the development of the accompanying museum, Lawson said. “It’s quality and I heard the canal commission chairman speak earlier that it needs to be opened more. People come and visit that. That attraction brings in revenue. The canal trail brings in revenue. Our parks and rec, the quality that it is, is something that enhances the quality of life for everybody. We should be proud of that.”

Said Lawson: “I appreciate you guys considering honoring Chris with this resolution to rename the Aquatic Center after him. It’s well-deserved.”

Simeon said, “It truly is an honor, Chris, to request the mayor and city council to adopt (the resolution) naming the Aquatic Center after Chris Wicker.”

Councilman Wayne Smith made the motion to rename the facility with a second cast by Carl Ferebee.

Mayor Emery Doughtie read the resolution to Wicker — a document that gave a brief biography of the former parks and recreation director.

He began working in Roanoke Rapids on March 1, 1983, and served 26 years before his retirement in November of 2009.

“One of his top accomplishments, the Aquatic Center, was built in 1992 and has been instrumental for senior arthritis classes, swim lessons and competitive swim meets,” the resolution said. “Other notable accomplishments from Chris’s tenure include the T.J. Davis Recreation Center renovation, the canal museum and trail, Chockoyotte Park and the countless hours he devoted to the city of Roanoke Rapids.”

The resolution says the center should be named the Chris Wicker Aquatic Center “in honor of him so that the great contributions he has made will not soon be forgotten.”

Wicker told the council and the audience, “I’m a little bit humbled. I’m one of those fortunate people that was called to do something that I really loved into a very special place which is Roanoke Rapids.”

Wicker said he got to work on a lot of great projects, but, “I never worked on a project by myself. We had remarkable teams — city council, parks and recreation staff, public works staff, fire crews, city administration, city finance — it was always a team thing. That’s what I love about my work — groups of people to work with.”

Wicker said his career has been a blessing. “God has blessed me. I felt called to recreation. I feel like it’s a better word to say ‘re-creation’ because people get to ‘re-create’ themselves when they swim or walk on the trail or go to a basketball game with kids. All that helps families to ‘re-create.’”

He reiterated his career was a blessing. “I’ve been blessed through the Lord and I’m just humbled by this.”

Said Wicker: “I can’t thank the community enough and the council enough and parks and rec staff and really all the folks I’ve been blessed to work with.”

Doughtie said, “We thank you for all the work you have done in the past. I know you still stay in our community and still contribute to it. We owe you a debt of gratitude. Thank you for what you have done and what you continue to do.”

Simeon said after the holidays the city will have a ribbon-cutting ceremony and the unveiling of the Wicker sign at the center.