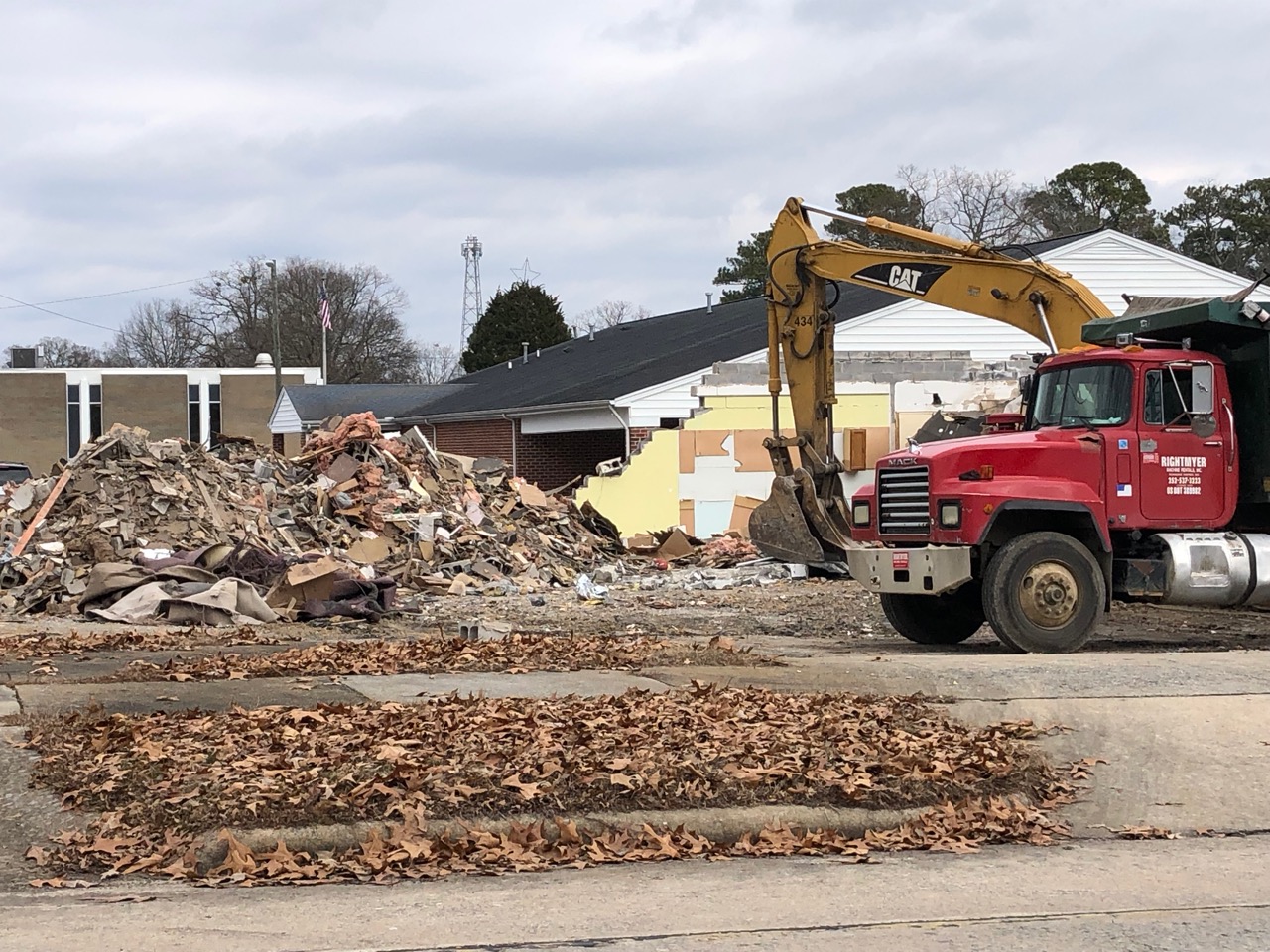 While demolition is underway, the site plans for a proposed Dollar General on Roanoke Avenue remain under review.

Planning and Development Director Kelly Lasky reiterated this to city council during her report Tuesday night.

“At this point site plans are still under review,” she said.

She said the demolition of the former social security building had already been authorized.

In an interview last week she said demolition permits from the state and city have been on file since November.

Dollar General will not be allowed to start site work for the store until site development plans are approved, she said last week.

While opposition to the project has been expressed, mainly from nearby businesses and property owners, the only recourse for them comes in the form of an appeals process which begins after the plans have been approved by the city.

Those appeals would come before the board of adjustment, which is made up of members of the planning board.

Conversely, if the city denies the plans, the developers would have the same right of appeal.