The Roanoke Rapids Police Department reported the following, according to Chief Chuck Hasty:

Cross determined the vehicle driven by Lisa Molina Martinez, 49, of Roanoke Rapids, went left of center and struck another vehicle head-on in the opposite lane of travel.

Martinez was found to be intoxicated,

Cross arrested and charged her with DWI and child abuse/neglect due to a 4-year-old child being in the vehicle when the crash occurred.

On Saturday at approximately 7:55 a.m., Officer S. Blythe responded to a motor vehicle collision with an overturned vehicle on Fifth at Vance streets.

Callers to 911 advised one of the drivers fled the scene on foot. The callers gave a description and direction of travel.

Lieutenant B. Norton located the person running in the back alley between Franklin and Henry streets in the 800 block and detained him.

The person was identified as Kevin Darnell Sturgis, 34, of Roanoke Rapids.

Blythe determined Sturgis had failed to stop at the intersection and struck the other vehicle and then his vehicle overturned.

Blythe arrested and charged Sturgis with no operator’s license, careless/reckless driving and hit/run leave the scene.

On Saturday at approximately 5 p.m., DeSare responded to a vehicle which ran off the roadway in the 300 block of Roanoke Avenue.

DeSare determined the driver, Jerod A. Boone, 30, of Roanoke Rapids, was impaired and driving while his license was revoked.

DeSare arrested and charged Boone with DWI, driving while license revoked, careless/reckless driving, driving left of center and child abuse/neglect because a child was in the vehicle when it ran off the road way. 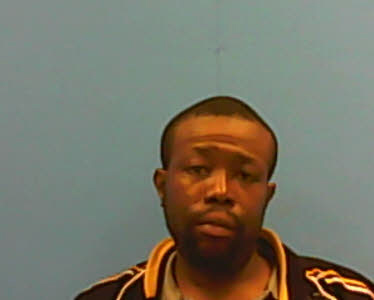 On Saturday at approximately 5:30 p.m., Cross responded to Walmart about a larceny.

The victim told Cross she had her pocketbook in the cart and turned away to look at items. When she turned back around her wallet was missing from the pocketbook.

Cross worked with Walmart’s loss prevention staff to obtain video surveillance on the larceny and the suspect.

These still images were posted to the department’s Facebook page requesting the public’s help in identifying the suspect.

On Sunday the suspect was identified as Willie Cooper Jr., 35, of Gaston.

Cross obtained warrants for larceny and possession of stolen goods.

Cooper is encouraged to come to the police department and take care of this matter.

On Saturday officers responded to a local business about a scam in which the victim was bilked out of an undisclosed amount of money.

The scam involves a phone call to the business with the caller stating they are investigating the business for illegal activity.

The caller then tells the manager on duty they need to take cash and buy gift cards and then the so-called investigator will call back for the codes.

If the business does as instructed, they will be out of the money and it is very hard to track the gift cards when the transaction is done like this.

Law enforcement does not contact businesses and tell owners or employees to get gift cards if there is a legitimate criminal or civil investigation into a business.

This is similar to the IRS and bond money scam where individuals are asked to get gift cards and give the numbers to someone over the phone.