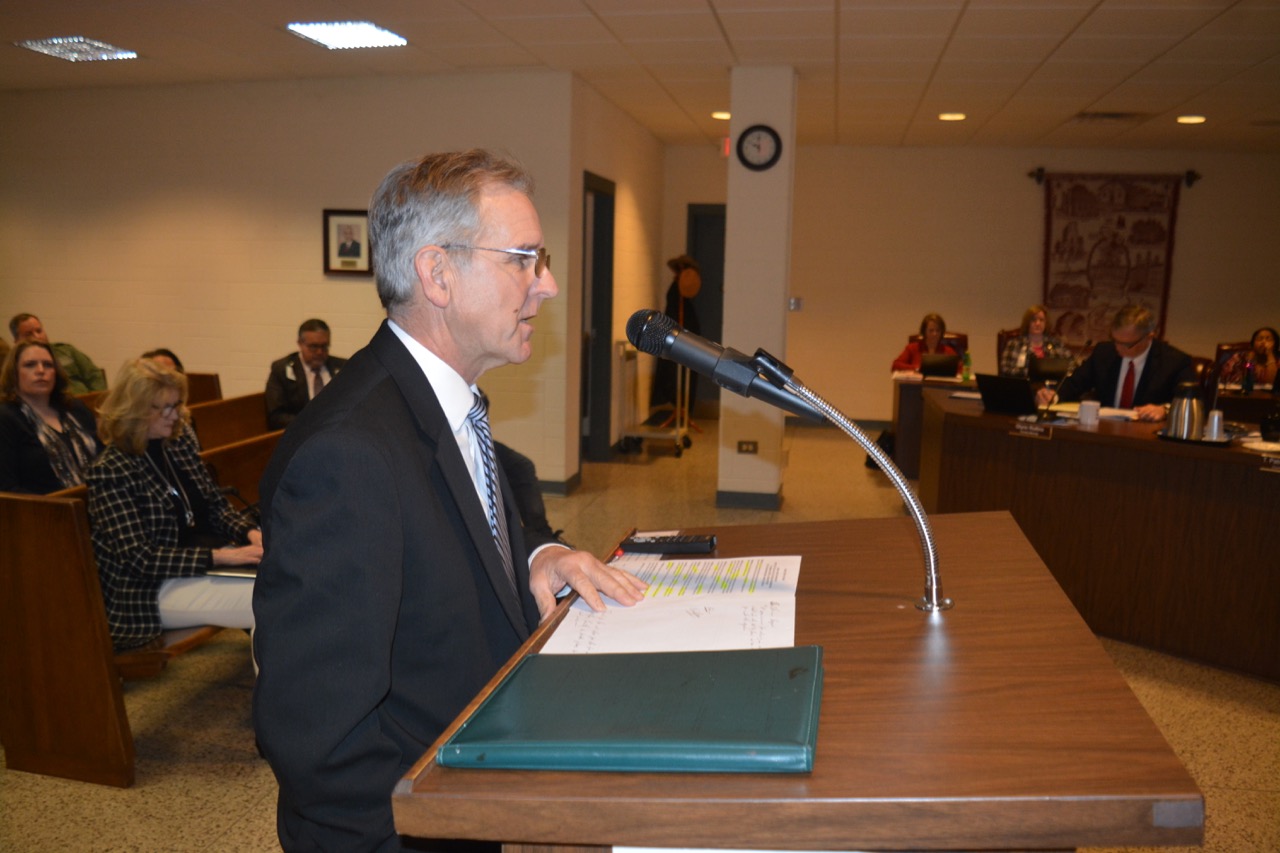 Halifax County commissioners agreed to write a letter supporting the efforts of Roanoke Rapids City Council to seek relief from its theater debt through in the form of a supplemental tax.

Doughtie said the city was open to suggestions before meeting with state lawmakers to seek approval of a referendum on the November ballot to gain voter support of a measure to help offset the $980,000 a year theater payment.

The sought-after sales tax increase or a possible food and beverage tax would both have to gain legislative approval before being placed on the November ballot, county attorney Glynn Rollins said.

It was Rollins who suggested the food and beverage tax as an option as well as asking the city how the tax, if it gets on the ballot and passes, would be levied.

Rollins said he believed if the proposal comes to passage Roanoke Rapids would be the first city in the state to have such a tax.

“I see how limited we are in the ways we can raise money,” Doughtie said. “We’re open to all options.”

Rollins said the sales tax is paid by merchants to the state Department of Revenue. “We wouldn’t actually collect the sales tax.”

The prepared food and beverage tax, which Rollins likened to an occupancy tax hotels pay, would be collected by the city.

City Manager Joseph Scherer told commissioners the city has reached out to the Local Government Commission and Department of Revenue on the matter and is currently awaiting their answers.

Doughtie told the board the city started out with a $24 million debt on the theater and has now paid it down to $15 million.

After restructuring the debt, the payments went from $2 million a year to $980,000. “The city of Roanoke Rapids has limited means for generating income,” Doughtie said. “We don’t have water or gas.”

Salary increases and other expenses have kept the city from addressing issues such as housing and infrastructure needs.

The 1-cent sales tax, the mayor said, “Would be paid by people within Roanoke Rapids and people traveling. It may help us so we don’t have to to increase the property tax.”

Gas, groceries and medicine would be exempt from the tax.

Commissioner Linda Brewer said, “I have personally thought it’s more fair. I really don’t want you to raise property taxes. We are declining in numbers. The number of property owners are aging.”

Doughtie said following the vote, “I’m pleased we garnered their support. I know it’s a process for council to work through. I would say the city is open to what may be best for residents of the city.”

The presentation to the county comes after council approved a resolution on the matter last month.

The resolution says, “The city of Roanoke Rapids has not raised property taxes in over 12 years or sales and use taxes in 16 years and in the last 10 years the inflation rate has increased 16.63 percent.”

It reiterates “the city of Roanoke Rapids has been extremely frugal in its spending and received perfect external audits for the past four years.”

The city’s primary need, the document says, “is to offset the renegotiated loan payment on the Roanoke Rapids Theatre … the expense offset would greatly assist the city with funding availability for such critical needs as economic development funding, capital needs, infrastructure repairs and upgrades, critical capital needs and public safety protection.”

The sales tax, according to the resolution, “would spread the burden among all citizens and regional consumers including I-95 travelers, as opposed to an increase in property taxes on a minority of property owners.”

If passed the tax would have a sunset date of when the theatre loan is paid off.