The owner of a Julian R. Allsbrook Highway garage and classic car showroom faces three more counts of the exploitation of an elder or disabled person, according to the Roanoke Rapids Police Department.

Vivian Pompliano, the owner of Pomp Boys Motors, was arrested and charged by Officer Jared Melvin on the counts Monday, Chief Bobby Martin said. She received a $10,000 bond and July 28 court date.

The latest charges against the 59-year-old business owner come slightly more than a month after she was charged in May  on a similar count. 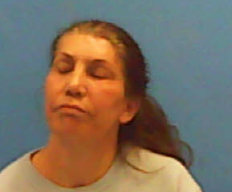 The charges stem from an investigation that was launched after Pompliano’s May arrest. “This investigation is the result of multiple entities working together for the purpose of ensuring the citizens are not being taken advantage of and being scammed out of their property or income,” Martin said.

The victim in the latest case is 66, the police chief said.

The victim was charged $2,500 for the work done, work in which the victim’s husband disputed the need for the parts used. After leaving the business “under the pretense the vehicle was fixed, the vehicle broke down again with the same issues,” Martin said.

The victim contacted the police department and an investigation ensued which resulted in the charges.

When the victim went to find out why the bill was extremely high, Martin said the owner did not want to talk to the victims.

Since the police department’s initial investigation it has received an estimated 35 complaints and could possibly be up to 50, the police chief said. “It was enough to conduct a thorough investigation. We want businesses to thrive in the city of Roanoke Rapids. We want them to thrive in a legal way.”

Martin said the police department continues to investigate and encourages anyone who believes they have been defrauded to call 252-533-2810 or Crimestoppers at 252-583-4444.

“We’re not saying all the complaints are criminal,” Martin said. “We have a lot of red flags that have gone up since we started looking into the business.”

The police department has reached out to other agencies about carrying the investigation further, including potentially contacting federal authorities.