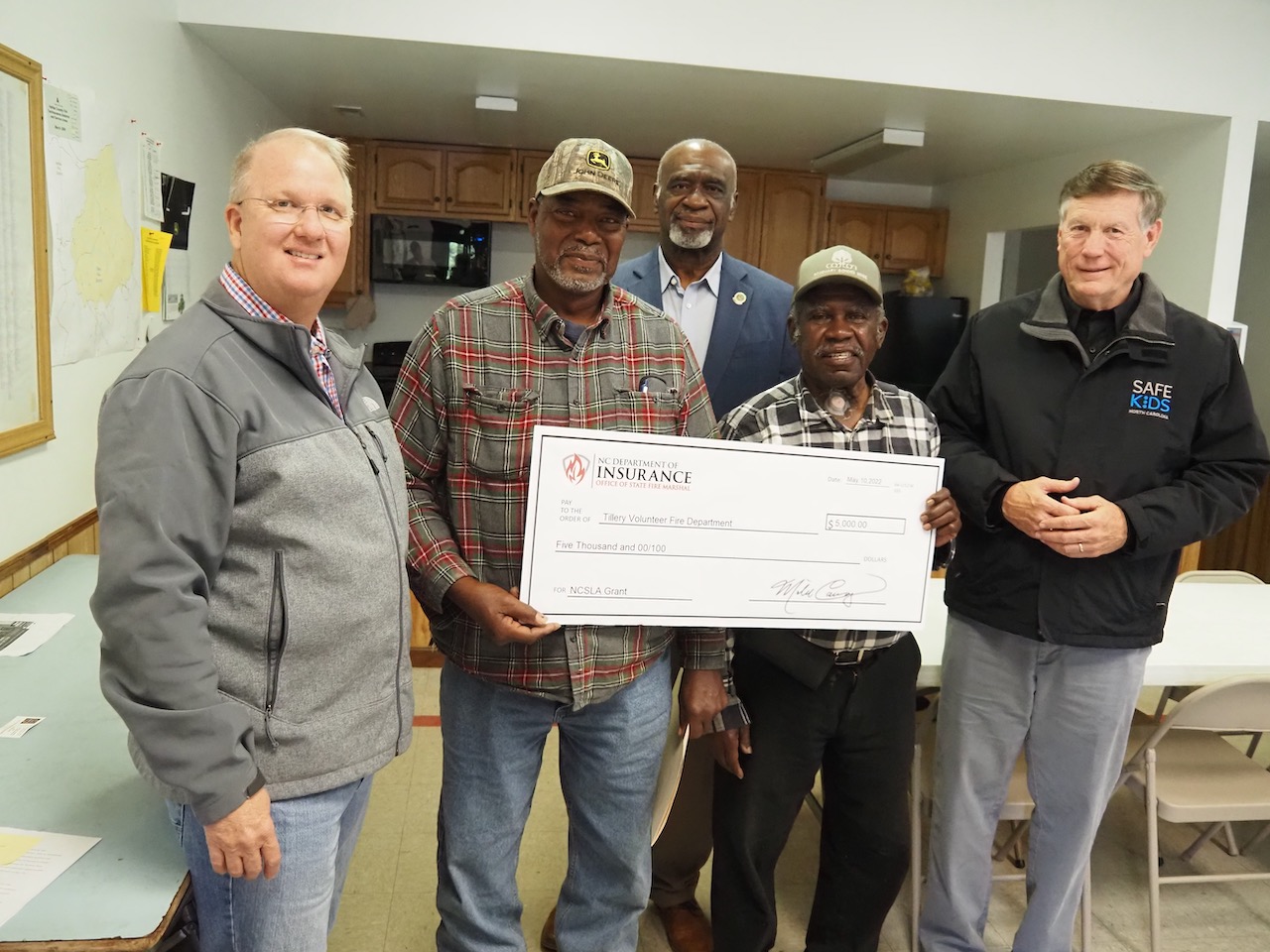 Halifax County fire departments Tuesday received checks for $10,000 — money that was appropriated in the state’s budget.

Some departments are still in the process of receiving the $10,000, state Representative Michael Wray said this morning.

In Tillery Causey said the NCSLA informed the department its board had approved $250,000. “I said I would like to give those to the volunteer fire departments and rescue squads that don’t have extra funding. We were able to take 50 of what we call the least funded. Out of 1,200 fire departments in the state that means you’re probably one of 50 that’s got the least funding from the county.”

Causey said the department knew “that would help you more than some of these bigger fire departments. I was happy we were able to do that.”

The insurance commissioner recognized Wray and the rest of North Carolina’s lawmakers for the $10,000 appropriation.

Wray thanked Causey for the job the department does “for our fire industry and for our individual homeowners and car insurance. Thank you for coming to Halifax County today. The money was well used.”

Wray said the $10,000 checks were included in the budget for all the rural fire departments across the state.

“That’s never happened before where the legislature has given every rural fire department $10,000,” Causey said. “That was a huge help. Some of them are getting additional money to pay for equipment.”

Halifax County Fire Marshal Roland Tellier said, “It’s been great working with all these guys. We’ve never had any issues with anybody. They’re a great group to work with.”

Harrell said the funds will help Tillery. “We’re in bad need of a new truck. That won’t buy a truck but it may pay down on it.”

W.C. Crickmore, who is the captain and training officer of the Enfield Fire Department, said the department has just started the process of looking into a new truck to replace its existing fleet. “The newest one in our fleet is almost 20 years old. It’s going into a truck fund.”

Scotland Neck Fire Chief Deborah Hopkins said the funds mean a great deal to the department. “We’ve been trying to get a new truck just to help with mutual aid. We’re looking for a pickup truck instead of sending a $300,000 truck for mutual aid.”

Assistant Hobgood Chief Jim Edmondson said, “It means it will help us out a whole lot on our budget and get what we need. We gladly appreciate it.”

Edmonson said the fire department needs turnout gear and air bottles as well as equipment to go on the truck. “This will help us out a whole lot.”