A 39-year-old Garysburg man was sentenced to 72 months in federal prison for possessing crack cocaine with the intent to distribute and possessing a firearm in furtherance of a drug trafficking crime.

Hughes pleaded guilty to the charges on January 4. 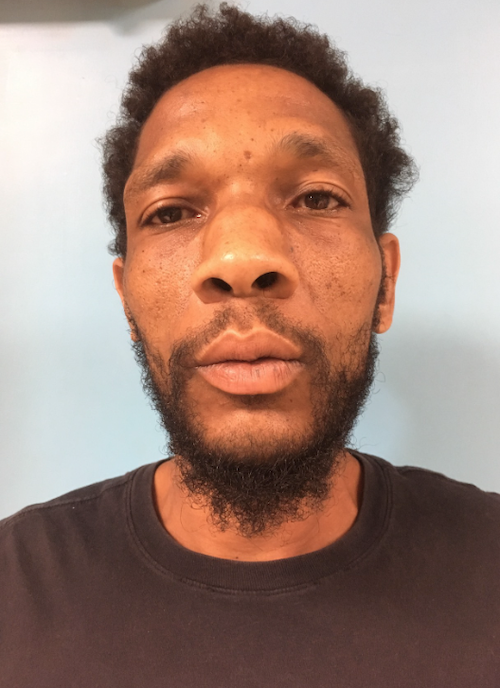 According to court records and statements made during hearings, on August 11, 2018, a Northampton County Sheriff’s Office detective was on patrol in Garysburg when he observed a black Chrysler sedan stopped in the middle of Maple Street, near the intersection of Peach Street.

Two people were standing by the car.

The detective initiated a traffic stop for impeding traffic and the two people walked away.

The driver identified himself as defendant Calvin Hughes but said that he did not have a license or any identification.

Central communications advised that Hughes had a suspended license.

Hughes denied that he had anything illegal in the car and told deputies that they could search his car.

After being instructed to stand at the front of the patrol car with another deputy, Hughes took off running into a neighborhood.  Deputies chased Hughes around several residences before they were able to apprehend him.

Hughes made bond on state charges but was arrested again on a firearm charge on May 14, 2019, when Halifax County Sheriff’s Office deputies responded to a drug complaint and recovered a shotgun from Hughes’ bedroom in a Weldon residence where he had been staying.

Prior to his federal conviction, Hughes accrued 10 North Carolina felony offenses, including multiple convictions for possessing and distributing cocaine, as well as larceny offenses.

Michael Easley, United States attorney for the Eastern District of North Carolina, made the announcement after sentencing.