The following are answers to rrspin.com questions for the Halifax County Superior Court judge seat: 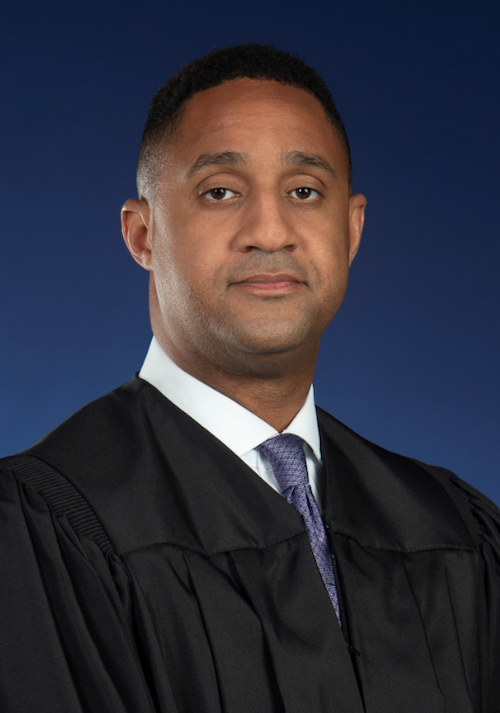 Bachelor of Arts in Political Science from UNC-Pembroke

I am the current Superior Court Judge.

I was appointed by the governor upon the recommendation of Judge Alma Hinton.

I began my legal career as a solo practitioner, where I litigated criminal and civil cases ranging from speeding tickets to divorce.

In 2010, I accepted a position in the Halifax County District Attorney’s office under Melissa Pelfrey.

I prosecuted for eight years and during that time I litigated cases ranging from DWI to murder.

In 2017 for example, I single-handedly tried a two-week long murder trial.

In 2018, I ran for district attorney for District 6 — Halifax, Northampton, Hertford and Bertie — and fell short of victory, but did win Halifax county against the incumbent.

I later accepted a position as an assistant attorney general under Attorney General Josh Stein.

At the Attorney General’s office I worked my way through the ranks and eventually took on high profile cases such as when I defended large lawsuits concerning the state prison system.

I have the endorsement/support of various non-political people as well as some politicians.

Just like the friends I associate with in my personal life, my support comes from individuals from various backgrounds and I value them all.

Why are you seeking this office and what makes you qualified to hold it if elected?

On September 3, 2021, the governor appointed me to the position of superior court judge upon the recommendation of Judge Alma Hinton. This appointment came after an extensive vetting process and background check that all candidates were subject to.

I am the only candidate in this race who actually has experience as a superior court judge.

Just a few days after my swearing-in as the superior court judge, I began holding court.

Since becoming the superior court judge, I have held court in seven counties and presided over approximately 17 terms of superior court.

I have been involved in my community throughout my time here. I have served as the presiding officer of the Jackson Square Masonic Lodge, president of the Roanoke Rapids Rotary Club and president of the Halifax County Bar Association just to name a few.

My approach to the law is simple — I follow the law as it is written and I treat everyone fairly.

I am the most qualified candidate for this position and I will continue to serve the citizens of Halifax county as well as our great state with distinction. I have the temperament, the experience and approach that we need.

Do you identify as a conservative, liberal, or moderate?

Regarding conservative/liberal/moderate, I believe these labels mean very little. I am committed to the rule of law, and applying it equally to all without regard to political affiliation, race, color, creed or any of the other labels that the folks on TV use to divide us.

What is your first priority when elected to office?

My first priority when elected will be to proceed with the backlog reduction plan that I have been working on with the North Carolina Administrative Office of Courts and get our court system on the right track.

New court programs and things of that nature are great, but we have some serious underlying issues that need to be prioritized. I am a huge proponent of getting my house in order before moving into new areas.

What needs to be done to improve mental health services in Halifax County? What would be the role of a judge in this process?

Before attending law school, I was a program manager for a mental health program.

My work in the mental health field was during the time period at which the state began to take away funding for mental health.

This resulted in many individuals with mental illness being left without the necessary services they needed.

And we now see many of these individuals in our courts.

In addition to this pre-existing problem, the COVID-19 pandemic brought about mental health issues that many people never expected. Funding to support mental health initiatives is what is needed.

Judges do have some input with regards to the mental health crisis.

We have the ability to advocate to our legislators for funding for essential programs and services.

We also have the ability to collaborate with stakeholders in our community including law enforcement, county commissioners  and counselors to explore our options.

Do you support the legalization of marijuana for medicinal purposes? Please explain why or why not.

As a judge, I can take no position on legislation or forecast how I would rule on certain cases.

Do you support the legalization of marijuana for recreational purposes? Please explain why or why not.

As a judge, I can take no position on legislation or forecast how I would rule on certain cases.

Should Halifax County be reverted to a single judicial and prosecutorial district? Is this something that is possible?

I generally apply my energy to the issues at hand.

When our prosecutorial district was consolidated, it caused many issues.

Many court officials and the general public disapproved of the merger.

As the bar president at the time, I was part of the merger committee and participated in the planning for that process.

That being said, this is the hand we have been dealt, and we have to continue moving forward. Let's tackle the backlog and restore confidence in our courts.

How would you go about easing the backlog of cases currently in our court system?

I am currently utilizing the tools provided by the North Carolina Administrative Office of Courts to reduce backlog.

I have presided over cases in multiple counties, and this has been a statewide issue.

This issue was made worse by the pandemic, but all blame cannot be placed on the pandemic. In addition to working with the Administrative Office of Courts, just doing my duties as I took an oath to do them is a major step in the right direction.

Things as simple as showing up to court on time consistently, building rapport with my colleagues and doing my job without  fear or favor go a long way in terms of reducing backlog.

It is extremely hard to get things done when people just can’t work with you.

I will remain accessible and able to collaborate with everyone.

Many in the general public have a misunderstanding of the way bonds work, not realizing they are not a form of punishment but a means to assure a defendant's appearance in court. Do you support an overhaul of the bond system? Do you believe they are adequate?

The traditional purpose of bail is to assure a defendant's appearance in court.

Depending on the seriousness of the allegations, combined with other factors such as an individual's criminal history are things that are to be taken into account when setting bonds. Judges have discretion, and that should never be abused or taken lightly.

Even within our bond policies, judges have discretion to depart from those suggested bonds as necessary.

Being that we are in a business that concerns itself with actual human beings, reducing bonds to some type of formula or computation that fails to account for case specifics would lead to bad outcomes. Judges are obligated to uphold the law.

How would address the seemingly rising tide of youthful offenders committing violent crimes? What needs to be done to prevent this?

Many of the issues involving our youth begin at home.

As a child, my parents definitely did not spare the rod.

Those lessons went a long way, and helped me become the man I am today.

We live in a totally different time period now, and it shows in our communities, schools and courts.

I strongly believe in being involved with our youth, as I always have. Going into schools and communities to mentor young people can help keep them from entering into the criminal justice system.

Our state has taken some strides in the right direction regarding youthful offenders. "Raise the Age" was a great idea and helped our state align with what was going on in the majority of our country.

Continued funding for juvenile court counselors as well as various other deferment programs are essential in addressing this issue.

Who has been your biggest influence in your career?

Retired Superior Court Judge Alma Hinton has been a great influence on my career. Judge Hinton took me under her wing as a new assistant district attorney and always provided wise counsel when I appeared before her in court.

She always demonstrated how a judge should conduct themselves.

She has been fair but firm and knowledgeable of the law. That type of balance is what is needed of a superior court judge.

Once elected to a full term of office, the Superior Court will be run according to the principles outlined in our law and Constitution.

I will continue to do the “small things” that seem to have been forgotten in the age we live in.

I will continue to maintain good office hours, show up to court on time, make myself available to law enforcement officers and treat every individual that comes before me with the respect and dignity they deserve.

More specifically, I will move forward with our backlog reduction plan and aggressively tackle the backlog in our courts.

Once things are brought under control, I will then start moving into areas such as new programs to address mental health and youthful offenders.

I will also seek to modernize our court system and implement new technological advances to help us work more efficiently.

Our courts are operating with a Flinstone's type mindset, while we live in a Jetson's type world.