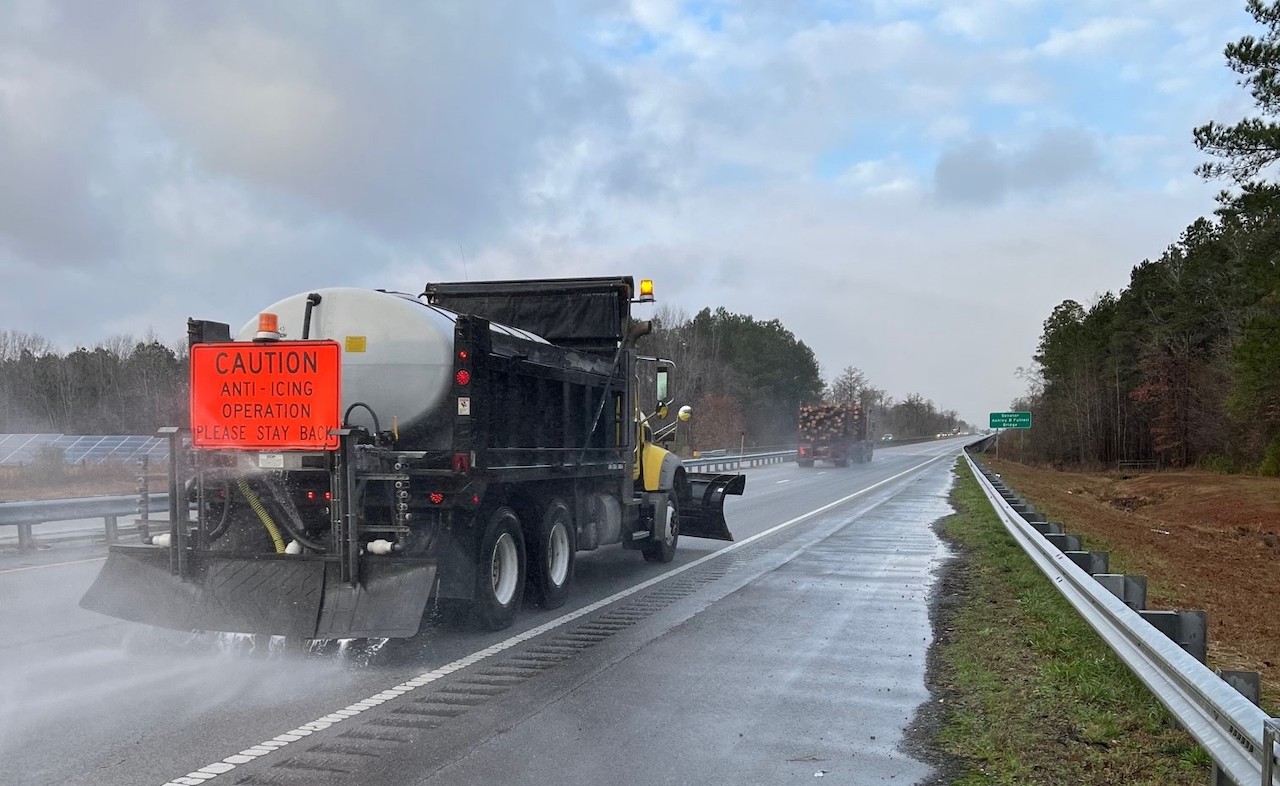 The National Weather Service Raleigh bureau is predicting multiple inches of snow along and north of Interstate 85 while areas in the Sandhills, Western Coastal Plains counties and northern I-95 are expected to see freezing rain which will change to rain during the afternoon Sunday.

Travel will be dangerous where snow and ice accumulations occur across most of the region Sunday through Monday morning with the exception of the Southern Coastal Plains.

Localized flash flooding is possible during any heavy rain downpour and is expected east of I-95 Sunday afternoon and that evening.

Snow accumulations are expected in areas west of I-95 and north of Highway 24 with the heaviest snow in usual locations north of I-85.

Meanwhile, today the North Carolina Department of Transportation said as it prepares for this weekend’s winter weather, North Carolinians are urged to get any food or other supplies they may need, because travel could be dangerous during the storm.

“Our crews and contractors are doing all we can to get ready for this storm and we ask North Carolinians to prepare as well,” said J. Eric Boyette, state transportation secretary. “Please make sure to plan ahead because this storm could impact travel around the state.”

NCDOT crews and contractors used hundreds of trucks Thursday and today to apply brine to roads from the mountains to the coast in advance of the winter storm. Brine, a cost-efficient mixture of salt and water, lowers the freezing temperatures on pavement and helps prevent ice from forming on roads.

Other crews are preparing chainsaws and other tools that will remove any downed trees.

After pre-treating the roads, crews will rest, then switch out brining equipment for plowing equipment to clear the roads of snow and ice for post-storm response.

“After the storm hits, please stay home and off the roads,” said NCDOT Chief Operating Officer Beau Memory. “NCDOT and contractor crews will do the best they can to clear roads as quickly as possible, but we ask everyone to be safe and stay patient.”

Similar to many industries nationwide, NCDOT staff and its contracting crews have been impacted by labor shortages and response times will likely not be as quick as in the past.

NCDOT and the State Highway Patrol plan from Saturday to Monday to tow any abandoned or disabled vehicles, as those could be dangerous for emergency responders and road clearing crews.

Crews in eastern North Carolina, including the coast, started to spread brine Thursday and others planned to begin brining today. Crews in the Kinston area applied more than 138,000 gallons of brine to roads. On the Outer Banks, crews have staged equipment next to Highway 12 to remove sand, water and other debris if necessary.

In the Asheville and Sylva areas, crews started brining operations Thursday. NCDOT plans to have four plow trucks and two motor graders to work on the I-26 construction zone in Buncombe County, which is a critical corridor in the area. Crews in much of the northern foothills started brining Thursday and will finish up today.

More than 350 NCDOT and contract crews in the Winston-Salem area began brining operations Thursday and are continuing into Friday. In the Greensboro area, crews will brine interstates and primary roads Friday.

In the Sandhills area and central North Carolina, more than 186 employees started brining roads Thursday and will finish up today. Crews in the Raleigh area started applying brine Thursday and plan to apply about 160,000 gallons of brine to the area’s 3,600 lane miles of roads.