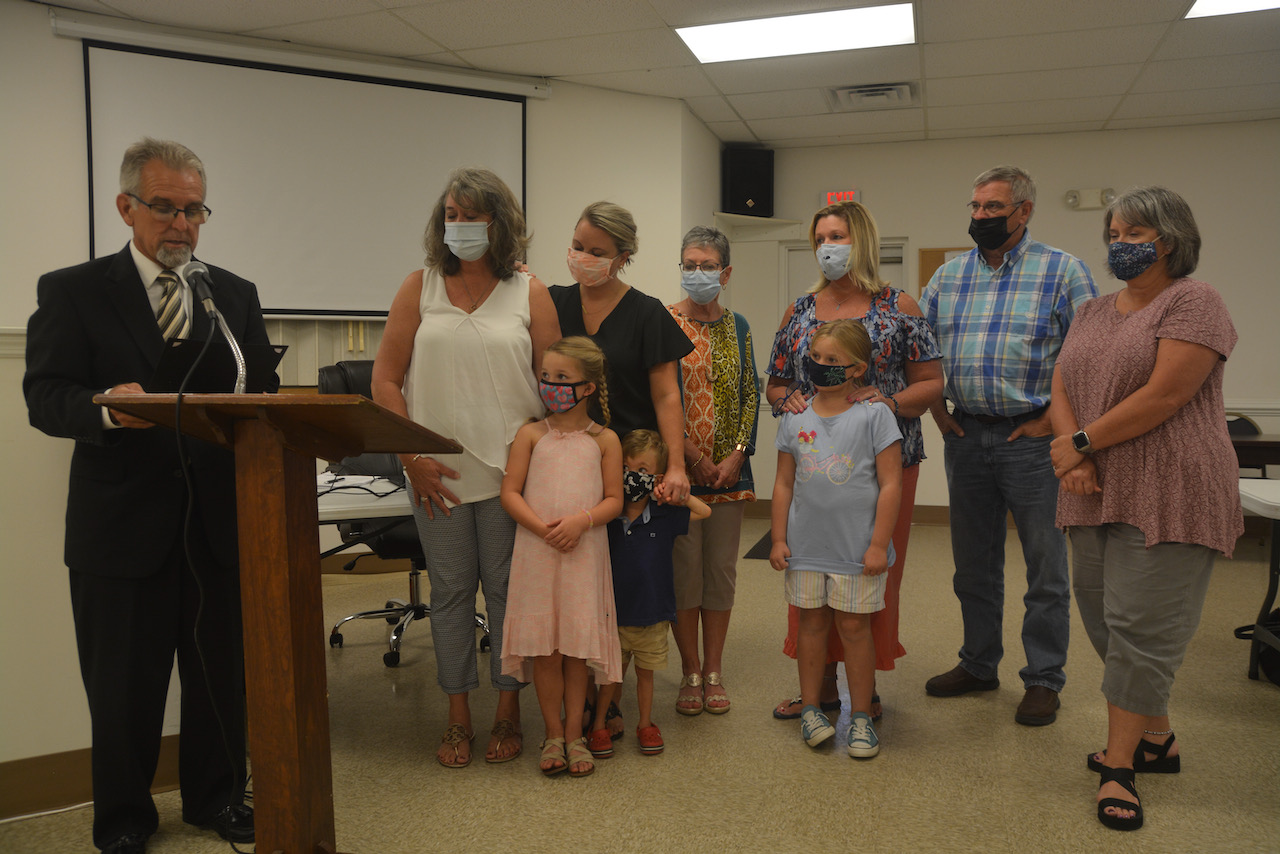 Ahead of festival, city declares Friday Hope for Hardy Day

With Hope for Hardy’s Twilight Festival set Friday, Roanoke Rapids City Council Tuesday marked the event with a proclamation declaring the day of the festivities as Hope for Hardy Day.

Hope for Hardy is a non-profit organization in honor of the late Doug Hardy, who was in need of a liver transplant but died before he could receive one.

The non-profit foundation promotes organ donations and helps other patients who are specifically waiting for a liver transplant or those who have received one.

In the proclamation passed by the city council, the document notes that more than 100,000 people are waiting for lifesaving transplants across the nation.

“ … Another person is added to the transplant waiting list every 10 minutes … and 20 people die each day because the organ they need is not donated in time,” according to the proclamation.

The document says that one organ, eye and tissue donor can save and heal more than 75 lives.

Around 8 p.m. or soon thereafter the festival moves to Centennial Park for a concert by the Feature Attraction Band.

Highlights of the festival include:

Outside the 1026 Roanoke Avenue Urban Green Space DJ Joey Landen will be playing his Old School Party Mix to complement the food, dancing, and socializing.

After the balls are collected, those attending will be directed to Centennial Park for a free concert by Feature Attraction Band where the winning ball will be drawn.

Council approved closing Roanoke Avenue on December 5 for the annual Christmas parade. The road will be closed from 1:30 to 4 p.m. between 14th street and First Street for the parade.

In addition to the parade, Centennial Park and the Urban Greenspace at 1026 Roanoke Avenue will also be holding events.

Council also began discussions on appointing a committee to begin examining 2020 Census data to determine whether there will be a need for redistricting in any of the city’s three voting districts.

Each council member will select a person for the committee.