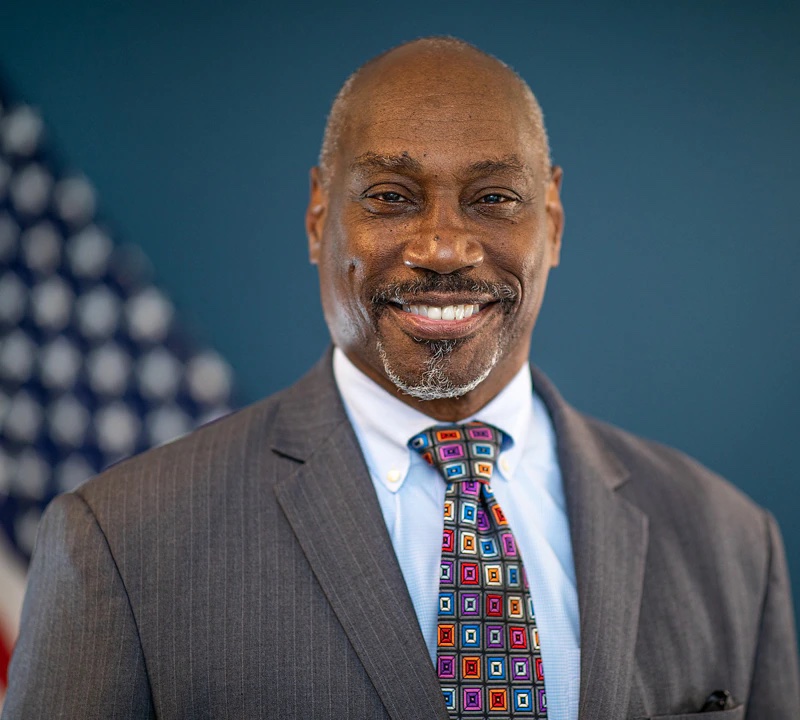 In his new role, Assistant Secretary Smith oversees the Bureau of Diplomatic Security, the security and law enforcement arm of the United States Department of State.

Smith is the son of the late Oliver R. Smith and Dorothy Virginia Smith, and the brother of

He is a graduate of Weldon High School and received a BA from North Carolina State University where he majored in political science.

After graduation, he served as a police officer in the Raleigh Police Department until 1987 when he joined the department of state’s Diplomatic Security Service as a special agent. 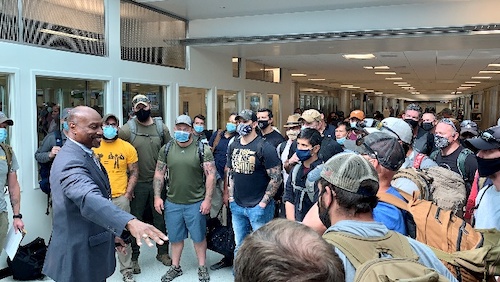 In this contributed photo, Smith greets returning DSS staff upon their arrival at Dulles International Airport from Kabul.

“I’m a firm believer that it takes a village to raise a child. The nurturing and lessons that I received during my formative years have served me well throughout my personal and professional life,” said Smith. “Wherever I’ve gone and whatever I’ve done, I’ve taken pride in demonstrating that I was raised and taught well.”

With a staff of nearly 50,000 personnel and contractors, DS is the most widely represented law enforcement and security organization in the world, with 33 offices in United States cities and more than 270 diplomatic posts overseas.

In October 2009, he was appointed deputy assistant secretary and assistant director of the countermeasures directorate where he oversaw the physical and technical security of United States diplomatic missions overseas, holding the rank of minister counselor in the Senior Foreign Service.

Smith left DSS in 2014 to become director of the department of state’s Office of Foreign Missions, where he held the rank of ambassador.