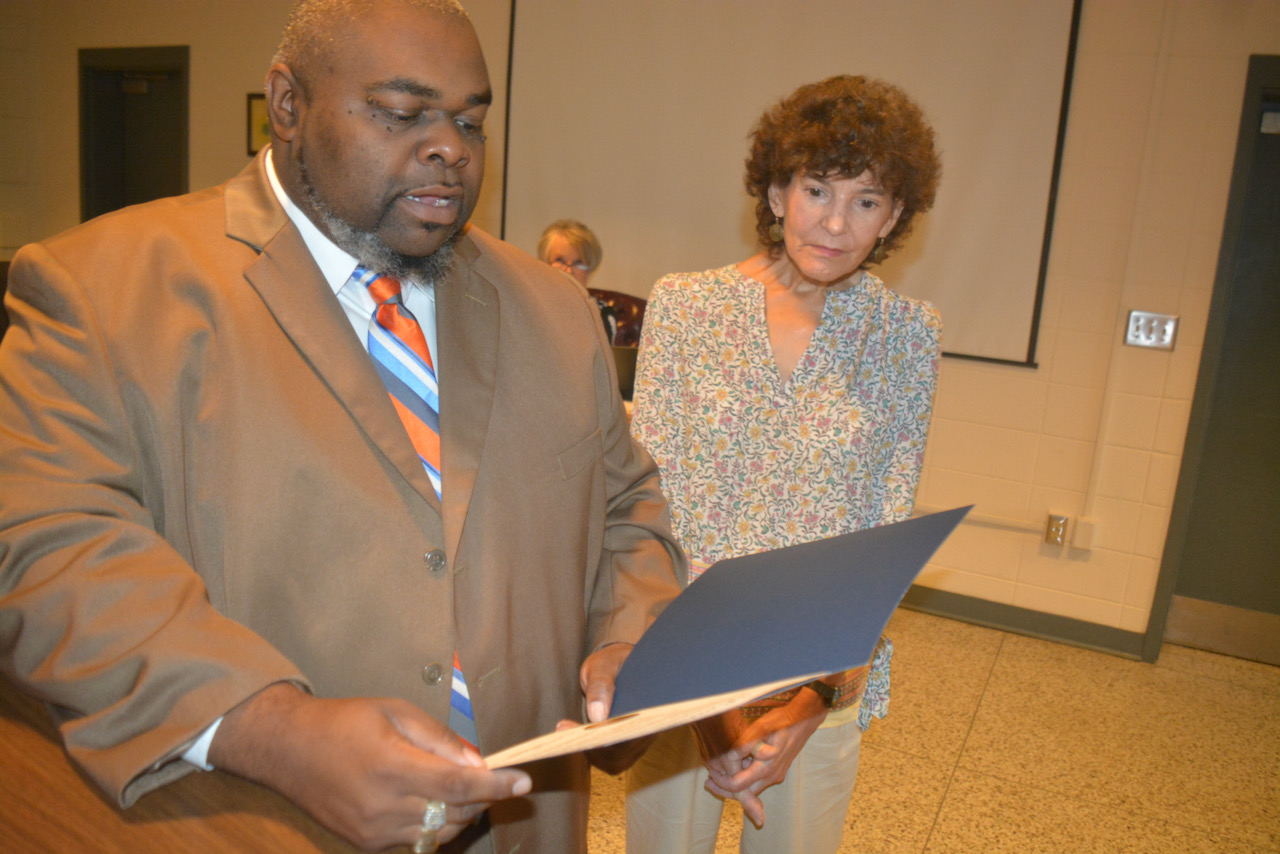 “I have the unfortunate task of passing on bad news to you,” Brown said in the email. “Halifax County Commissioner Marcelle Smith lost his recovery battle from his August 4th stroke last night. It’s a sad day for Halifax County for the loss of a great commissioner and awesome young man.”

At 43, Smith, of the Scotland Neck area, was the youngest commissioner on the board and possibly the youngest to have served in Halifax County, board Chairman Vernon Bryant said this morning. His term was set to expire in 2024.

“Marcelle was a great county commissioner and had been a commissioner since his mid- to late 20s,” Bryant said. “He had been on the board one more term than I have.”

Employed as a juvenile court counselor and recently promoted to train others in that service, Bryant said, “He was an advocate for kids. He brought a strong voice to the commissioners and he well represented his constituents. He was wise beyond his years. It’s just a void for the Halifax County Board of Commissioners. He is going to be missed personally and professionally.”

The board chair described Smith as a true public servant and statesman.

Smith’s service went beyond the board of commissioners, Bryant said. He was an active member and chief of the Tillery Volunteer Fire Department, chair of the Juvenile Crime Prevention Board and served on the Choanoke Area Development Association board.

Before the county last week parted with Cardinal Innovations as the local management entity for mental health services, Smith served on that board. Bryant said it was expected that Smith would be asked to serve on the Trillium board, which the county chose to partner with last week.

“He was very wise beyond his years,” Bryant said. “His maturity, his thinking, all this showed how wise he was. He would sit back and analyze. He was able to look at things from all angles and weigh it and made decisions based on fact and the law.”

His death, Bryant said, has broken a family circle. “The board of commissioners are a family.”

Commissioner Linda Brewer sat beside Smith during board meetings. “It is a loss for the entire county regardless of where he lived. I hope he knows how respected and loved he was. He was open minded, fair and wanted the best for every citizen in our county. It is a tremendous loss.”

Brewer said she didn’t meet Smith until she was on the board. “He immediately welcomed me and treated me with respect. We would sound things off of each other. It’s like losing a relative. He was just incredible. He was good at his job. People don’t know what he did. He was an incredible young person. He was just a good guy gone too soon.”

Commissioner Patrick Qualls described Smith as a very good thinker. “He was someone you could work with on any issue. We didn’t always agree. When we didn’t we disagreed amiably.”

Smith’s death, Qualls said, will hurt the board. “He was easy to get along with and he served his constituents. He was a very good commissioner and used his intellect and ability in a constructive way.”

Former county commissioner James Pierce said Smith’s death is a “tremendous loss from a leadership standpoint. He was one I could talk to, argue with, and trust. I was hoping he could be someone to serve the county for a long time.”

Pierce had met Smith when he was still in high school and saw then his care and concern for his community. “As young as he was, he seemed to be a person involved in community affairs.”