A man with a lengthy record of driving infractions will face new charges following a crash Sunday night which claimed the life of his passenger on Thelma Road. 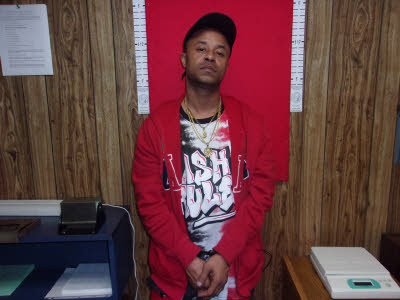 The charges against Bowser related to the Sunday night crash are second-degree murder, felony death by motor vehicle, DWI, careless and reckless driving, driving while license revoked, and driving left of the centerline.

Dennis said Bowser was driving an estimated 65- to 70-miles per hour when the crash occurred about a mile east of Huckleberry Bottom Road.

The crash occurred a long distance before an often troublesome curve on Thelma Road, Dennis said.

At the time of the crash which claimed the life of 50-year-old Derrick Jones, Bowser was scheduled to appear in district court in Halifax County later this month and in August for driving and drug violations.

On July 28 he is scheduled to appear in district court on charges of driving while license revoked, fictitious tags, no liability insurance, and drive a motor vehicle with no registration.

He also has an August 26 court date to answer to charges of felony possession with intent to sell and deliver marijuana and felony possession of cocaine, charges which were lodged in March by the Weldon Police Department.

State Department of Public Safety records show that Bowser has a lengthy record which dates back to 1997.

In October of 2012 he was convicted of habitual impaired driving in Northampton County. He was released from prison in November of 2014 and his parole ended in August of 2015.

Around 8:15 p.m. Bowser was traveling west in a Nissan Maxima at a high rate of speed and went off the roadway to the right.

He overcorrected and crossed the centerline going the wrong way. The vehicle traveled off the road to the left, collided with a ditch and then a tree.

Jones, who was wearing a seatbelt, was pronounced deceased at the scene.

Dennis said Bowser is known to frequent areas in Ahoskie and Roanoke Rapids as well as other areas across the region.