A Garysburg man has been indicted on a federal weapons count which charges him as a felon in possession of a firearm when he was arrested on drug violations in February.

A federal grand jury charged Dameon Rocky Turner in June and on Thursday he appeared before United States Magistrate Kimberly A. Swank in Greenville who remanded him to temporary custody with the United States Marshals Service before a July 15 detention hearing. 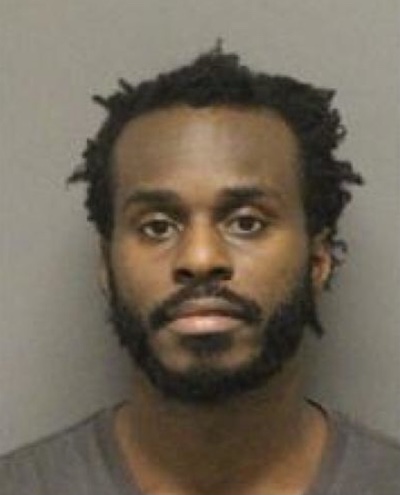 Swank also signed an order that Turner was eligible to have a federal public defender appointed in his case.

The federal charge against Turner, 35, was based on an investigation by the Down East Drug Task Force and the North Carolina State Bureau of Investigation, said Captain C.A. Parker of the Northampton County Sheriff’s Office.

During the search of his residence in February, agents located approximately 490 grams of marijuana and a Draco-style AK-47.

Parker said Turner was arrested Wednesday by the sheriff’s office’s narcotics division with assistance from the Garysburg Police Department and the SBI.

The agents and officers went to the 200 block of Truman Street in Garysburg to locate Turner. As they approached the residence, the agents observed Turner running away. He was caught after a brief chase and transported to the Edgecombe County Detention Center. On Thursday he was turned over to federal marshals for his initial court appearance in Greenville before Swank.

“The efforts of the Northampton County Sheriff’s Office, and the North Carolina State Bureau of Investigation resulted in a federal indictment on the individual on a weapon violation,” Parker said in a statement. “I am pleased to say we will continue to diligently remove drugs and weapons off the streets and provide a safer community.”

Sheriff Jack Smith said, “The Northampton County Sheriff’s Office will continue to work together with the SBI and the United States Attorney’s Office to combat individuals involved in illegal drug activity and guns. When we determine that these subjects pose a risk to our communities and citizens with continuous or substantial violations we will work in conjunction with the United States Attorney’s Office to seek federal charges, such as in this case. I would like to thank our narcotics division and SBI for a job well done.”

The federal indictment says that on or about February 26, that Turner, knowing he had previously been convicted of a crime punishable by imprisonment for a term exceeding one year, knowingly possessed a firearm, and the firearm was used in and affecting commerce.

The indictment carries a forfeiture notice seeking the weapon in question and all magazines and ammo.