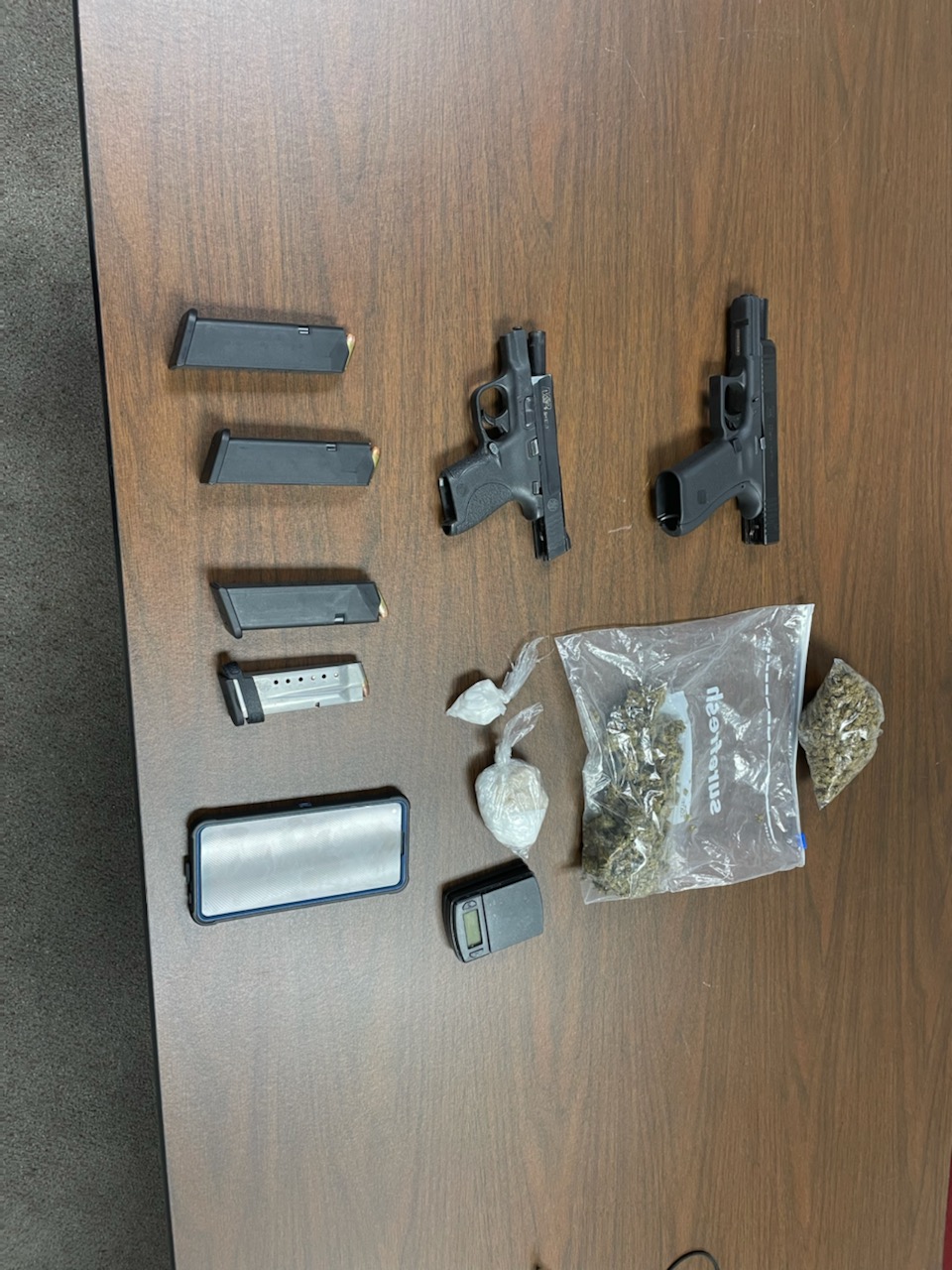 Two brothers were charged Wednesday with drug and weapons counts following an investigation in which stolen items were attempted to be pawned at a local shop.

Hunsucker observed a handgun in the floorboard area on the driver’s side and secured the weapon. He detected what Martin described as the overwhelming odor of marijuana in the vehicle.

The weapon was reported stolen from the Roanoke Rapids area and the driver, Danny Gray, of Weldon, was placed under arrest.

During a further search of the vehicle another handgun was found under the passenger’s seat and Wade Gray Jr., also of Weldon, was placed under arrest.

Along with the second gun, 36 dosage units of Oxycodone were discovered along with two large bags containing marijuana.

At the police department officers discovered one of the men possessed a plastic bag containing a substance identified as crack as well as a white powder believed to be cocaine.

The following was seized:

Wade Gray Jr. was charged with possession of a firearm by a felon, possession of a stolen firearm, and obtaining property by false pretense. He received the same bond and court date as his brother.

“This incident is a result of an investigation into stolen property and the fact it was attempted to be pawned,” Martin said. “We would like to thank Agent Horton for his assistance in regards to this incident.”

Shelburne was the charging officer.

Meanwhile Martin reported that on Wednesday shortly before 9:30 p.m. PACE Officer C. Roberts was in the area of Hinson and West Tenth streets when he noticed a vehicle without proper headlights.

Roberts conducted a traffic stop and talked with the driver and passenger.

Batchelor’s dog Rudy was deployed to check for the presence of narcotics in the vehicle.

The passenger, Jamazia Tillery 21, from the Roanoke Rapids area, was charged with possession of a firearm by a felon. He received a $15,000 bond and a July 17 court date.