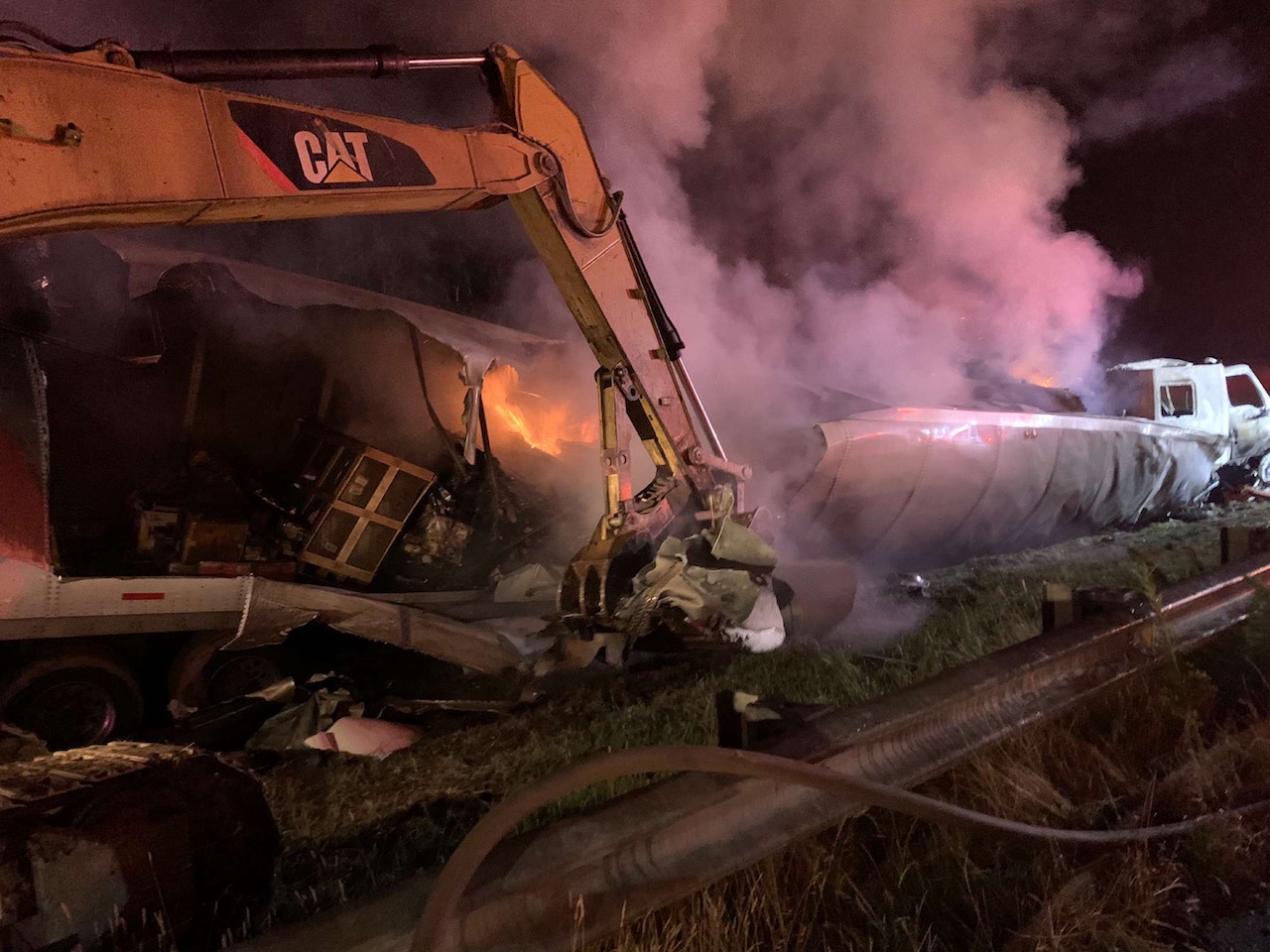 No injuries reported in early morning crash on I-95

Gaston Fire-Rescue-EMS was dispatched shortly after 2 a.m. today to a four-vehicle crash in the northbound lane of Interstate 95 near the 176 mile marker.

A truck with a loaded horse hauler, a passenger car, and tractor trailer were involved in the crash, according to Chief Ed Porter Jr.

No occupants were found to be injured including the horses.

The tractor trailer was found with ruptured diesel tanks and was engulfed, closing both northbound lanes of the interstate.

Firefighters from Gaston and Garysburg worked to control, contain, and extinguish the fire.

One lane was reopened during overhaul operations.

An excavator was brought in to open up the tractor trailer along with its contents.