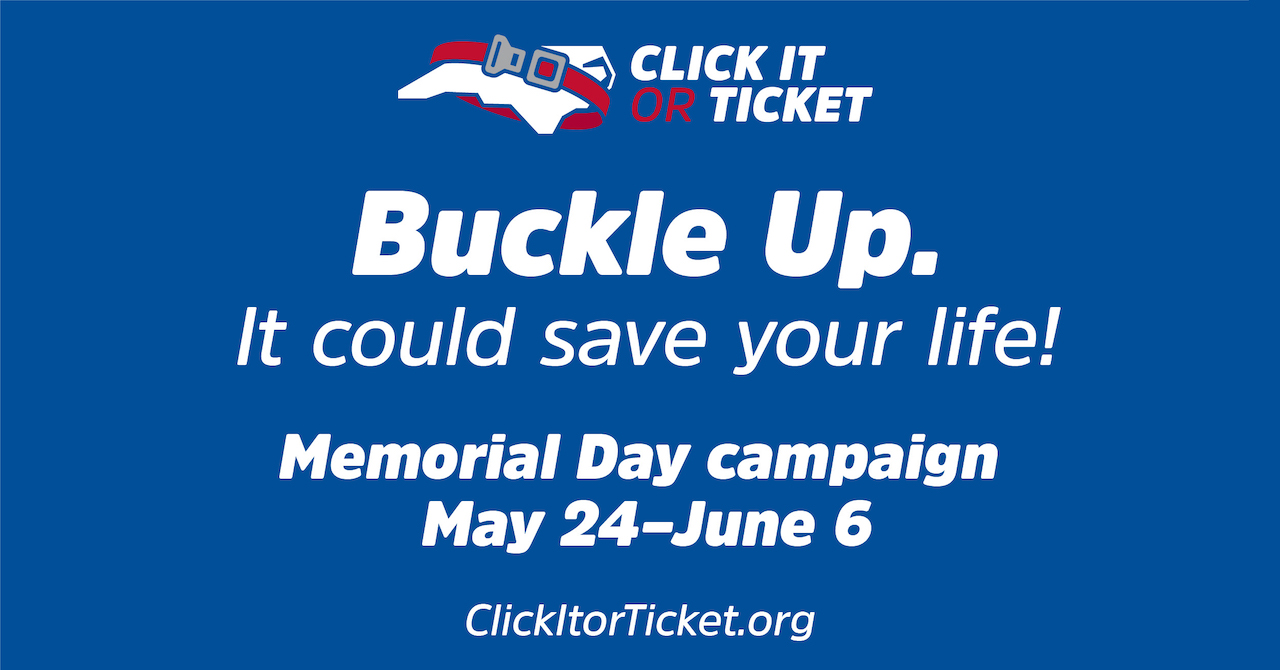 As the busy summer traveling season nears, state transportation officials are reminding people to wear their seat belts to reduce the risk of being seriously injured or killed.

More than 500 people who were not wearing seat belts or buckled into child safety seats died in vehicle crashes on North Carolina roadways last year.

“Seat belts and child safety seats save lives,” said Eric Boyette, secretary of the N.C. Department of Transportation. “We know that not wearing a seat belt can be the worst decision you’ll ever make.”

Boyette spoke Monday during a virtual news conference to kick off the Memorial Day Click It or Ticket  enforcement and education campaign.

The statewide seat belt usage rate has fallen the past two years – from 91.3 percent in 2018 to 87.1 last year. The details about the seat belt survey can be found in the 2020 report.

Halifax or Northampton counties were not included in the 15-county survey. The nearest county included was Nash where the sample showed an 84.7 percent combined percentage of driver and right front passenger using seat belts.

“We have seen significant drops in our seat belt usage rate all across the state, so we have a lot of work to do to get the participation rate back up again,” said Mark Ezzell, director of the N.C. Governor’s Highway Safety Program. “We are ramping up those education efforts now.”

The state will survey seat belt usage again in June.

The State Highway Patrol and other law enforcement agencies will have checkpoints at various locations around the state, starting today and lasting through June 6. The Governor’s Highway Safety Program, which is an arm of the NCDOT, provides grants to law enforcement agencies for various traffic safety initiatives, including campaigns such as this.

When North Carolina launched the Click It or Ticket initiative in 1993, only 64 percent of North Carolinians used their seat belts.