A Roanoke Rapids woman was charged Saturday night with contributing to the delinquency of a minor and disorderly conduct after a fight broke out during a carnival in the parking lot of Becker Village Mall. 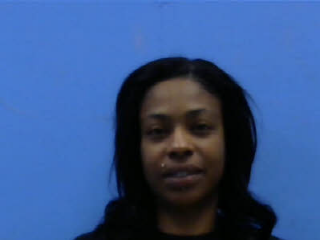 Tamieka Woolfolk, 36, received a $1,500 bond and June 18 court date. Martin said the woman was an active participant in the fight.

Investigators are also working on drawing up petitions on at least six juveniles who participated in the fray and an additional adult could be charged, Martin said.

Asked what prompted the fight, Martin said, “Actively fighting in a public place is unacceptable and there is nothing that could make anyone think different. There’s not enough excuses.”

In a statement Martin said around 7:45 p.m. Roanoke Rapids officers and deputies with the Halifax County Sheriff’s office responded to the carnival about a fight between a large group of juveniles along with adults.

Officers detained two juveniles and took them to the police department so their parents could be contacted and turned over to them.

Martin said officers will be obtaining petitions on all juveniles as they are identified from a witness video of the fight. “We greatly appreciate all the eyewitness video that was supplied through social media. We would like to thank everyone that took the time to video this incident as it has been an awesome tool for us to identify everyone involved.”

On Saturday shortly before 4:15 a.m., Officer N. Powell was in the area of East 10 Tenth Street when she noticed a vehicle that appeared to have no license plate.

Powell detected the odor of alcohol coming from the driver, who was identified as Steven Barnes, 34, of the Roanoke Rapids area.

Master Officer D. Newsome assisted with the investigation and upon conclusion Barnes was placed under arrest for suspicion of DWI.

A magistrate charged him with DWI. He was released to a responsible person and received a July 12 court date.

On Saturday shortly before 4 p.m., officers were called to McDonald’s on Julian R. Allsbrook Highway about a person passed out behind the wheel in the drive-through area.

The call of the person passed out, later identified as Jerry Vineyard, 47, of Roanoke Rapids, was made by an off-duty officer with the Northampton County Sheriff’s Office.

Roanoke Rapids Officer J. DeSare detected signs that made him believe the driver was impaired from alcohol. He noticed a can of beer in the driver’s side door panel.

Vineyard was arrested for suspicion of DWI and taken before a magistrate who formally charged him with the offense.

On Friday at approximately 9:30 p.m. Officer A. Radford responded to Cook Out on a complaint a driver had cut through the drive-through line and was arguing with the person who was cut off.

Radford detected the odor of alcohol coming from the driver, Geraldine Gray, 42, of Halifax, as they spoke.

With assistance from Officer J. Wind, Gray was arrested on suspicion of DWI and taken to a magistrate who formally charged her.

She was released to a responsible person and has a May 21 court date.